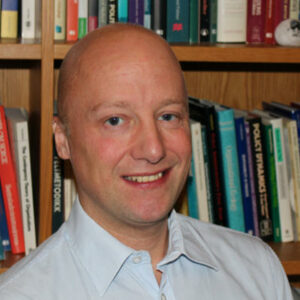 Senior Researcher at the Department of Comparative Political Science at the University of Bergen
Member of the Scientific Council, BLUE

Arjan Schakel is a Senior Researcher at the Department of Comparative Political Science at the University of Bergen.

Arjan Schakel is a Senior Researcher at the Department of Comparative Political Science at the University of Bergen. Before that, he has obtained his PhD at the Free University Amsterdam (2005-2009), then joined the University of Edinburgh as Newton International Fellow (2009-2011) before becoming assistant professor at Maastricht University (2011-2019).

His research interests include federalism, territorial politics, regional governments and elections, and regionalist parties. He has extensively published on the topic of regional authority and edited two books on regional and national elections in Western and Eastern Europe.

He is the principal Investigator of the project “Strengthening Regional Democracy: Contributing to Good Democratic Governance”, funded by a Starting Grant from the Trond Mohn Foundation and the University of Bergen. He is co-chair the Standing Group on Regionalism and Federalism of the European Consortium of Political Research (ECPR), editor of the Annual Review of Regional Elections published by Regional & Federal Studies as well as of the book series on Comparative Territorial Politics published by Palgrave Macmillan.