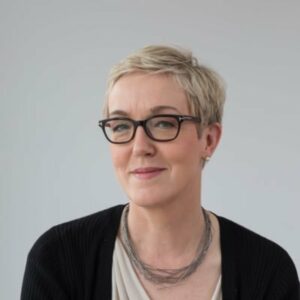 Constanze Stelzenmüller is an expert on German, European, and trans-Atlantic foreign and security policy and strategy. She is the holder of the Fritz Stern Chair on Germany and trans-Atlantic Relations in the Center on the United States and Europe at Brookings

Prior to working at Brookings, she was a senior transatlantic fellow with the German Marshall Fund of the United States (GMF), where she directed the influential Transatlantic Trends survey program.

Constance Stelzenmüller is the former director of GMF’s Berlin office. From 1994 to 2005, she was an editor for the political section of the German weekly DIE ZEIT, where she had also served as defense and international security editor and covered human rights issues and humanitarian crises. From 1988 to 1989, she was a visiting researcher at Harvard Law School. She has also been a GMF campus fellow at Grinnell College in Iowa, a Woodrow Wilson Center public policy scholar in Washington, D.C.

On October 7th, the GEG Weekly Seminar will discuss the German Federal election results and their implications for the future of European politics. The discussion will be based...