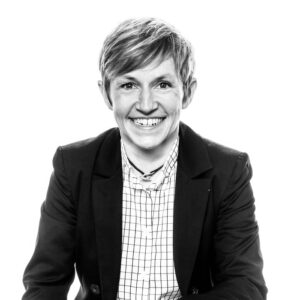 Emmanuelle Mignon, former member of the French Council of State (the supreme administrative court), joined the Public Regulatory Environment department of August Debouzy as a partner in February 2015.

Having entered the French Council of State upon leaving the ENA school for high-level civil servants, Emmanuelle worked as rapporteur at the litigation division and the internal affairs division, manager of the legal research centre, government commissioner and assessor.  Emmanuelle also worked for eight years with Nicolas Sarkozy, advising him on his various ministerial and political duties and served as his Chief of Staff during his Presidency.  From 2010 to 2012, she served as General Secretary at EuropaCorp.

Emmanuelle handles all aspects of public law, including economic, constitutional and European aspects. Her technical skills in public law combined with her knowledge of the machinery of government are of significant value to the firm’s clients, in both advisory and litigation matters. As a member of the French Council of State and as part of her activities within the French Administration, Emmanuelle coordinated the drafting of various legal, constitutional, legislative, regulatory and European texts. She teaches French and European public law, disputes before European courts, as well as public governance at the Institut d’Études Politiques de Paris (IEP Paris) and at the Panthéon-Assas University (Paris II).