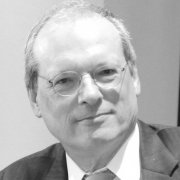 George Cunningham is the Strategic Adviser on Asia-Pacific Affairs at the European External Action Service (EEAS) in Brussels.

In a career spanning nearly forty years, Mr. Cunningham has worked in the fields of politics and international affairs in Africa, Asia-Pacific, Europe, the United Nations and United States. He served as an officer in the British Army followed by marketing roles at both BP and British Telecom before serving as a United Nations official in New York.

Joining the European Commission in 1990, Mr. Cunningham has worked in many areas including foreign and security policy, public diplomacy and trade. At the Commission he has served as Information & Communications Officer (1990-2000), Head of Press and Public Affairs, Political Counsellor, EC Delegation to the United Nations (2000-2003), Head of Accession Process Section, and EC Delegation to Cyprus (2003-2005), EU Trade Coordinator with the United States (2005-2007).

He is a graduate of Oxford University holding an MA in Modern History and is the author of the book Journey to Become a Diplomat (2005).