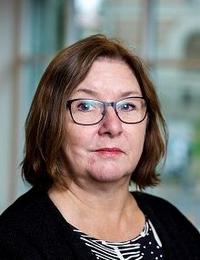 Professor at the University of Gothenburg
Member of the Scientific Council, BLUE

Her research focuses on the links between social position and political attitudes, electoral behavior, party systems and political institutions, with a comparative component.

After receiving her PhD in political science from the University of Gothenburg in 1994, she was appointed Associate Professor (2005) and later Professor of Political Science (2016) at the same institution.