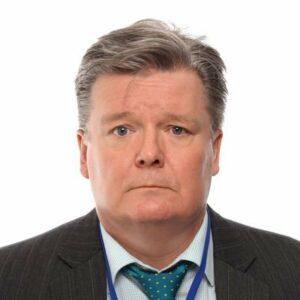 Petteri Vuorimaki is Ambassador for Arctic and Antarctic Affairs for the Finnish Ministry of Foreign Affairs, a role he has held since 2019.

Previously, Mr. Vuorimaki’s held diplomatic posts with the Finnish Ministry of Foreign Affairs in Moscow, Pristina, Strasbourg and Brussels. While in Brussels he worked in the Finnish Permanent Representation to the EU, in the External Relations Directorate General of the European Commission, and in the European External Action Service, where he was appointed as the first permanent chairperson for the COEST and COSCE Working Parties and subsequently as a Senior Expert. He has also worked for the International Organization for Migration in Geneva and Helsinki and held various positions in the Finnish Labour Administration. His fields of interest and responsibility include EU-Russia relations and various regional cooperation structures in the North, including the Arctic cooperation.