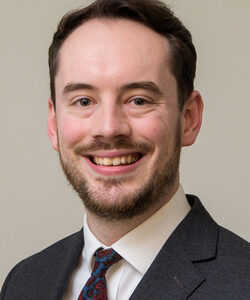 Senior research fellow at the Centre for European Reform

He regularly briefs businesses, government officials, politicians and European institutions, including Parliamentary select committees and the European Central Bank and was previously a member of the British government’s Strategic Trade Advisory Group (2019-2020). Sam often appears in the media, including the BBC Radio 4 Today Programme, The Financial Times, The Times, Politico, The Economist, The Wall Street Journal and Sky News.

What Models of Political Ecology for China and the EU ?

On October 21st, the GEG Weekly Seminar will discuss the impact of climate policies on European-Chinese relations. The discussion will be based on a paper written by Susanne...

Speakers: Susanne Dröge , Nis Grundberg , Sam Lowe , André Sapir
Partners: The College of Europe, The European Institute at Columbia University, The Europe Center at the University of Cambridge, The School of Transnational Governance at the European University Institute
Learn more