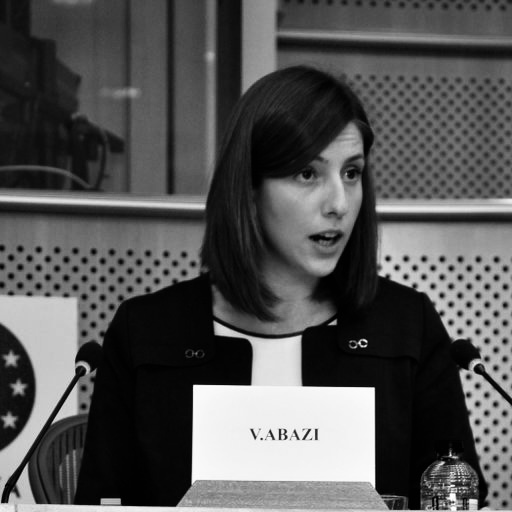 Vigjilenca Abazi is Assistant Professor of European Law at Maastricht University. She was Resident Fellow at Information Project Society at Yale Law School, Emile Nöel Fellow at NYU School of Law, and Fulbright Scholar at Columbia Law School. Her most recent book is ‘Secrecy and Oversight in the European Union’ (OUP 2019) part of Oxford Studies in European Law.

Abazi holds a PhD and LLM degrees from University of Amsterdam and LLM degree from Yale Law School. She has more than 20 scientific peer-reviewed publications in leading journals and has been invited for over 40 lectures and talks at universities worldwide including at Harvard Law School, Oxford University, European University Institute, University of Tokyo, FGV Brazil, NYU (campuses: Abu Dhabi, New York, Florence, Paris), Sciences Po Paris. Her work has been translated in Russian, German, and Spanish and featured in news media such as Bloomberg, Der Spiegel, and Le Monde.

In addition to her academic work, Abazi has offered legal advice to the European Parliament and the Council of Europe and co-drafted the model EU Directive for protection of whistleblowers. In 2018, Abazi was awarded the prestigious VENI grant from the Dutch Scientific Foundation given to “outstanding researchers who display a striking talent for scientific research”. Abazi is a co-founder of the nonprofit Stella.mk focused on gender equality (2017) and co-founder of the Yale Law School European Law Association (2019).