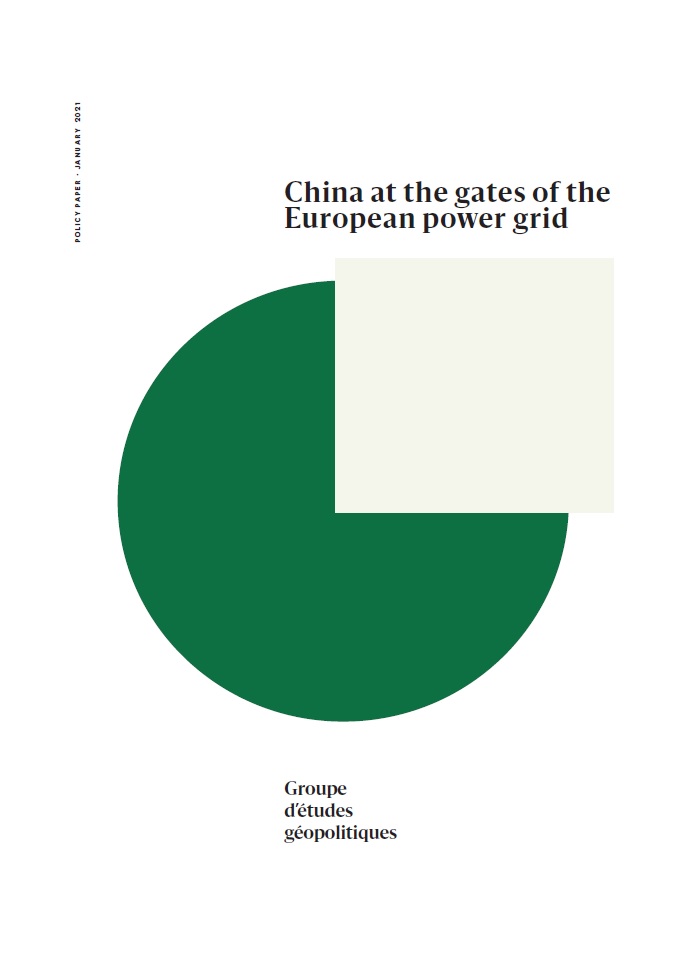 The same way as roads are key points for any land-based military conquest, 21st century networks are crucial targets for intelligence, influence and economic warfare. In an increasingly digitalized industrial economy, power infrastructure becomes the target par excellence. They are less known to the general public but turn out to be even more strategic than telecommunications networks. Because they carry electricity from large production facilities to the other end of a country, because they interconnect a country’s power grids to its neighbors’, electricity transmission networks are now essential to economic and social life. Any blackout would indeed cause huge socio-economic costs. As these networks go hand in hand with the European construction, they will be crucial for greater European solidarity in terms of energy.

Hence, companies operating these European electricity transmission networks are highly strategic for the European economy. As such, they spark the interest of external players. China, in the first place, is worrisomely increasing targeted investments in the European power transmission sector. What are the objectives behind such investments and what are their consequences? How can these infrastructures and their operators – who continuously deliver electricity where it is needed- be better protected from such outsiders’ moves in order to ensure the security of the European Union’s electricity supply?

To fully grasp the implications of those investments for European energy security, they must be analyzed in the light of the Chinese global strategy, adopted over the past decade. These acquisitions reveal the weakness of Member States’ foreign investments control tools and underline their inadaptability to the electricity transmission networks specificities. With the European Commission vowing in early 2020 to enhance these tools and with the ambitious Green Deal depending on power-transportation networks to support the energy transition, it is of utmost importance to provide specific and reinforced protection to these strategic assets.

Summary The new Joint Communication, titled “A stronger EU engagement for a peaceful, sustainable and prosperous Arctic”, is the EU’s fourth Joint Communication on the Arctic published by the European Commission since 2008. The EU’s approach towards the Arctic and its narrative regarding engagement in the region’s affairs have evolved over time. This has often, … Continued

How green are electric vehicles?

As electric vehicles go mainstream, they face a persistent question: are they as green as advertised? Various life cycle assessments have confirmed that yes, electric vehicles are a more climate-friendly option than traditional vehicles. However, they can still have their own environmental impacts.

13 international experts from the four corners of Europe and beyond take a stand on the state of transatlantic relations following the withdrawal of Afghanistan and the AUKUS alliance.