Municipal elections in the Netherlands, 13 March 2022

PhD candidate at University of Bergen
Share this article 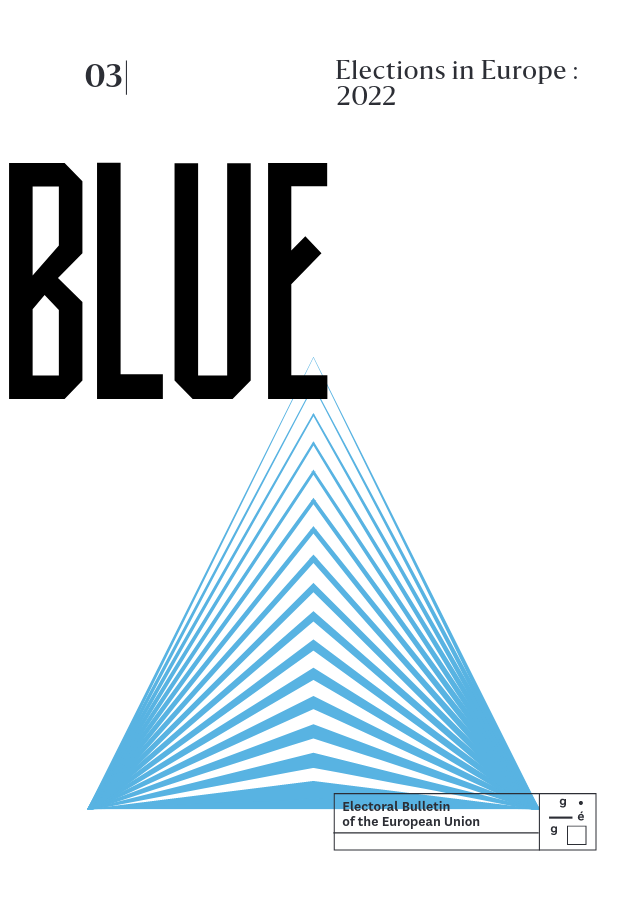 The organisation of Dutch municipalities

Dutch municipalities are far from stable polities, as municipalities are subject to frequent territorial reforms. Until the 1950s, the number of municipalities was relatively stable, and there were more than 1,100 municipalities. Since then, the number of municipalities has gradually declined due to municipal mergers. In 2022, the Netherlands counted 344 municipalities. The organisation and competences of the municipalities are organised by the municipal law. All Dutch municipalities have the same responsibilities. The main responsibilities for municipal councils are spatial planning and development, housing, culture and recreation, local infrastructure, public health, primary schools, and since 2015, due to a decentralisation, municipal councils are also responsible for social welfare, child protection, and employment and reintegration of the unemployed on the labour market. In addition, the mayor is responsible for public order and safety.
The size of the municipal council depends on the population and ranges from nine members (in municipalities with fewer than 3,000 inhabitants) to 45 (in municipalities with more than 200,000 inhabitants). The number of full-time aldermen 1 is at least two and no more than 20% of the number of councillors (i.e., nine in the largest municipalities). More aldermen can be appointed if they take up a part-time position.
During the elections, voters have one vote that they cast on one of the candidates who appear on the lists. The votes for the candidates are subsequently aggregated in the list on which the candidates appear. For the allocation of seats, the municipality forms one single electoral district. Each list obtains as many seats as it is proportionally entitled to following the Hare quota. 2 There is no legal electoral threshold. There is, however, a natural threshold that ranges between approximately 10% of the votes in the smallest municipalities, to about 2% of the votes in municipalities with more than 200,000 inhabitants. List seats are subsequently distributed to those candidates who obtained 25% of the electoral quota (50% in municipalities with fewer than 19 seats). In case not all seats can be allocated to candidates based on obtained preference votes, then those unfilled seats are allocated based on the list order.
After the election, a new municipal executive (College van Burgemeester en Wethouders) is formed that is composed of the mayor (burgemeester) and the aldermen (wethouders). The mayor has a special position as she is appointed for a six-year term, and can only be revoked, by the central government. The mayor chairs the municipal council but is not its member officially. The mayor is also the head and a full member of the executive. The aldermen in the executive are elected by, but not necessarily among, the members of the municipal council. In practice, this appointment happens after a coalition formation process, as single party majorities are rare, and even then, sometimes oversized coalitions are formed. In this process, parties negotiate a common government program that has the support of a majority in the council. However, because of the fragmentation of the councils, coalition formation can be a complicated process. A solution to this, that has become more common recently, is a “council-wide agreement” that is supported by (almost) all parties in the council.

Electoral campaigns were relatively local during the 2022 elections. The campaigns were extensively covered by local and regional media outlets. In addition to canvassing, it was also common to organise an election debate with local candidates on local topics. Salient local issues were often local development plans. In Zeewolde, for example, a local party (Leefbaar Zeewolde) that strongly opposed the construction of a data centre in the municipality won a majority of the vote in the elections. Another common theme in most municipalities was the housing crisis and accessibility to the affordable housing. Whether most voters were aware of these local campaign activities is another question, as interest in local politics is rather low (Den Ridder & Dekker 2019, p. 34).
Even though voters might not follow local politics, municipal elections usually receive considerable attention from the national media, and national politicians are generally visible during municipal election campaigns. However, this was different during the 2022 election, as attention from the national media and the visibility of national politicians remained rather limited. This can be explained by the outbreak of the war in Ukraine that dominated the news during the campaign period. Illustrative of this is that Prime Minister Mark Rutte of the Party for Freedom and Democracy (VVD) attended a talk show in the context of the municipal elections. Rutte, however, had to leave during the live broadcast because the situation in Ukraine was escalating.

In short, the elections revealed three striking outcomes. First, turnout in municipal elections reached its all-time low. Second, local parties obtained an unprecedented high vote share, and became the most prominent party, meanwhile most national parties presented themselves as “winners.” Third, local party systems have never been so fragmented.
First, turnout in municipal elections declined and reached its all-time low, as only 51.0% of the electorate showed up at the polling station. This is a 4-percentage point drop, compared to the previous 2018 municipal elections. This was somewhat unexpected, as turnout was quite stable between 2002 and 2018, when it fluctuated around 55%. If we look at the turnout more closely, we see that turnout is primarily low in the larger municipalities (see Figure a). While turnout in the smallest municipalities is the highest (58.2% on average), the average for the largest municipalities is only 46.1%. An explanation for the low turnout in this specific election could be that the national media attention was limited for the municipal elections. Consequently, voters might have been less aware of these elections, and/or perceived the local elections as unimportant. It is, however, unwarranted to speak of a crisis in turnout, as turnout for national, provincial, and European elections has actually increased in the last decade.
Second, local parties became most prominent and grew even further, compared to the 2018 municipal elections. Local parties are parties that compete in one only municipality. In addition, these parties are not related to any national political party. Note that in many municipalities multiple local parties competed, in which case the votes for local parties are aggregated. While local parties obtained about 11.7% of the votes in the 1986 municipal elections, their vote share gradually increased during the 1990s, especially after the emergence of the Liveable (Leefbaar) movement (Van Ostaaijen 2012). In 2002, the local parties became for the first the time the plurality party as they obtained 25% of the votes. While in 2018 the local lists obtained an all-time high of 28.7% of the votes. This result was further improved in 2022, when local parties obtained a total of 31.6% of the votes. To understand the success of local parties one has to consider both the supply side (the parties that compete) and the demand side (what voters want).
From the demand side, we can understand the support for local parties because of political distrust. Voters who are dissatisfied with national, or local, politics, often vote for a local party. They do so to express their dissatisfaction with mainstream politics (Otjes 2018: 318-319; Otjes 2020: 103). Often, these local lists also find their origin and appeal to dissatisfaction with how the municipality is governed by the local branches of national parties (Van Ostaaijen 2012: 206). From this perspective, voting for local parties can thus be understood as a protest vote. Another demand side explanation is that local parties appeal to voters because local parties are better capable of defending local interests and/or appeal to a local identity. If this is the case, then voting for local parties is not a protest vote, but a local vote (Otjes 2018: 320).
From the supply side, the success of the local parties can be explained by the fact that not all parties that are represented in national parliament appear on the ballot in all municipalities (see Figure b). In almost all municipalities, voters could cast their vote for a local party, the VVD, or the CDA. Meanwhile, other parties that won a seat in the 2021 national elections only competed in a limited number of municipalities, often only in the more populated municipalities. Many voters could thus not vote for their preferred party and might have cast their vote for a local party instead (Otjes 2020: 103). Preliminary evidence for this is that in larger municipalities where most national parties compete, local parties obtained a smaller vote share. And relatedly to the distrust argument, many parties (e.g., SP, FVD, PVV, JA21, BBB) that do not compete in most municipalities, mobilise their voters based on a populist sentiment (Otjes 2020: 320). Local parties seem like a natural substitute for these voters, as many local parties also appeal to dissatisfaction with national political parties. Local parties could thus have benefited from the limited coverage of the many parties that are represented in national parliament.

A new type of election in Finland The first-ever county elections were conducted in Finland on 23 January 2022. The elections were held as a result of a health and social services (SOTE) reform, which is one of the largest administrative reforms in the country’s history. The key objective of the SOTE reform is to … Continued

Background The Portuguese party system has been named an “island of stability” in the European political landscape, as it did not suffer any electoral earthquake or major reconfiguration of party competition in recent years. This was remarkable given the deep transformation of party systems experienced by Southern European countries hit by the Great Recession. The … Continued

The Saarland state election in 2022 was the first after Olaf Scholz (SPD) was elected chancellor in the 2021 federal election and Friedrich Merz (CDU) was elected federal party leader. While the election was in any case a tough challenge for the Saarland Christian Democrats, who had occupied the Saarbrücken State Chancellery for 22 years … Continued