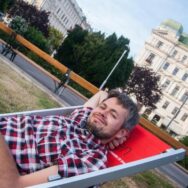 The Catalan parliamentary election of 14 February 2021 have been held in the atmosphere of health concerns associated with the Covid-19 pandemic and a growing socioeconomic anxiety following the prolonged lockdown measures. This added to the ongoing political stalemate which has resulted from eight years of the nationalist pursuit of independence and a legal and repressive reaction of the Spanish state. Taking place several months ahead of the schedule, the snap election was announced following the Supreme Court of Spain’s verdict that banned former President de la Generalitat Quim Torra (Junts per Catalunya) from public office.

Most of the pre-election surveys predicted a sharp drop in electoral participation. Partit dels Socialistes de Catalunya (PSC), a regional branch of Partido Socialista Obrero Español (PSOE), the senior incumbent party in Spain, was considered a front-runner, all the more as the party nominated popular Salvador Illa, the then health minister of Spain, as a candidate for presidency. On the opposite, parties in favour of secession of Catalonia from Spain aimed to consolidate their incumbency and negotiate a self-determination referendum. There were, however, several disagreements between Esquerra Republicana de Catalunya (ERC) and Junts per Catalunya (JxCat), two constitutive parties of the informal pro-independence bloc, on how to achieve their goals. Finally, a reshuffle within the right-wing unionist bloc of parties, which occurred in the 2019 Spanish general elections, was anticipated in Catalonia as well.

Taking the aforementioned context and the overall election results as a point of departure, I aim in this article to investigate important elements of the time-space variation in electoral participation and its consequences for the respective parties’ outcomes, dynamics of the pro-independence vote and its ethno-cultural and socioeconomic determinants, and trends in party replacement between Ciudadanos (C’s) and PSC and Vox.

The drop in electoral participation by 28 percentage points that occurred between 2017 and 2021 was not uniform across the Catalonia’s territory. Figure 1a shows sizeable spatial dependence and clustering of high and low values of turnout change among 947 municipalities in Catalonia. It demonstrates that clusters of a sharp decline in participation are located in the metropolitan areas around Barcelona and Tarragona, along the Mediterranean coast, and in southern Catalonia, though with significant local exceptions. A relatively moderate decline in participation was recorded in western Pyrenees, in the countryside around Girona, and in the Priorat district in south-central Catalonia. To a large extent, the introduced spatial pattern corresponds to the varying degrees of decline in election support for C’s over this period (Figure a, right). Important segments of the former C’s voters apparently decided not to participate in the current electoral contest.

Notably, the participation declined most profoundly in areas where it had previously been lower, and to a lesser extent in localities where it was generally high. As a consequence, polarization of the Catalonia’s territory in terms of electoral participation have significantly amplified. The Gini and Theil coefficients of variation, for instance, indicate that turnout polarization has increased at least three times between 2017 and 2021.

In terms of impact of this dynamics on the electoral outcome, the areas of a lower participation and recently a sharp decrease in turnout are congruent to those where the pro-independence parties scored lowest and vice versa. The argument that the participation levels are in an increasing manner higher in areas of a high support for pro-independence parties is reinforced by strengthening of the relationship between these two variables, as illustrated by the graphs in Figure b. A steep rise in turnout polarization brought about the percentage rise of the pro-independence vote in Catalonia beyond the symbolically important 50 percent threshold. In this context, it was not a societal diffusion of Catalan nationalist affiliations but an electoral mathematics that determined this novel outcome.

The pattern in which people who advocate sub-state nationalist and independence-aimed policies are more enthusiastic about casting their votes in the Catalan parliamentary elections is nothing new in Catalonia. As the political outcome at stake in the regional elections between 2012 and 2017 was of seminal importance, the differential abstentions entirely diminished from Catalan politics. In that period, the urban and industrial areas encompassing Barcelona as well as the Mediterranean coast experienced constant rise in electoral participation. Hereby I suggest that the phenomenon of differential abstentions have occurred again within the anomalous context of the 2021 elections.

Although the overall support for pro-independence parties has reached for the first time beyond the 50 percent of votes cast, the spatial distribution of this support remained largely constant. Pearson correlation of the pro-independence vote between 2017 and 2021 was 0.967, which indicates a significant stability of support among municipalities. The only exception was the consequence of a decline in electoral participation around Barcelona and Tarragona, where the secessionist support increased precisely because of the differential abstentions (Figure c, left). Altogether, the time-space stability of the pro-independence government backing across Catalonia implies that the performance of the incumbent government was not a decisive factor behind voting in this electoral contest. Territorial allegiances in favour of or against the independence-aimed nationalism in Catalonia are profoundly entrenched and defections are not frequent.

Yet these allegiances, even though resilient to changes, are not uniformly distributed across Catalonia. This is exemplified by the strong degree of clustering of the pro-independence vote in the 2021 regional elections (Figure c, right) as well as by the inversely strong clustering of the vote for pro-unionist parties. Spatial clustering of both respective territorial allegiances was refined in the 2012 realigning elections and remained constant since then. Moreover, spatial polarization of the pro-independence and the pro-unionist vote, which also amplified since 2012, likewise remained unaltered in 2021. There is no doubt that Catalan secessionist nationalism has an important territorial dimension. Its core areas remain in the northern and inland Catalonia, while the unionist core developed in the metropolitan belt around (and not necessarily in) Barcelona, along the Mediterranean coast, in the remote Pyrenean region Val d’Aran, and partially in southern Catalonia. Nevertheless, it has to be stressed that due to its population leverage there are plenty of pro-independence voters in the metropolitan Catalonia as well.

Support for ERC and JxCat distinguished

It may be tempting to understand the present aggregate results as predicative of internal unity within the respective nationalist blocs. This picture will nevertheless erode when analysing the individual parties within each bloc separately. ERC, JxCat, and Candidatura d’Unitat Popular (CUP) diverge not only ideologically and in their respective political strategies but their constituencies also differ. The two maps in Figure 4 illustrate the differences in spatial patterns of support between ERC and JxCat. While it is possible to conclude that the areas of lower election support are congruent for both parties, the location of respective party strongholds distinguishes between southwestern and northern Catalonia. Correlation diagram in Figure e acknowledges the nonlinear and spatially fragmented relationship between the distribution of ERC’s and JxCat’s support bases. Interestingly, the distribution of support for far-left nationalist CUP is resembling that of conservative JxCat rather than centre-left ERC, an issue certainly deserving further research.

Ethno-cultural determination of the pro-independence support

Catalan nationalism in general and the current pursuit of independence in particular are frequently labelled as inclusive phenomena. At the same time, many scholars of the Catalan pro-independence movement emphasize a significant dependence of this movement on the ethno-cultural determinants of support. In this analysis, I examined the associations between the percentage of pro-independence vote in a municipality and a share of people born in Spain outside Catalonia in that municipality (Figure f). Pearson correlation of this association reached -0.826 in 2021, a value almost identical to that of 2017, which indicates significant and constant ethnicization of the pro-independence support. This pattern was sustained even when controlling for the effects of socioeconomic and demographic factors in the statistical model. One important consequence of the movement’s dependence on the ethno-cultural basis of allegiances is an increased clustering and polarization of the pro-independence vote since its pattern began to resemble the segregated ethno-cultural distribution of population. There are, however, distinctions between the individual pro-independence parties. Ethnicization of support is more profound in the case of JxCat, while the pattern for ERC is, again, nonlinear and fragmented in space between northern (red dots) and metropolitan (blue dots) areas of Catalonia. Similar levels of ethnicization, though inverse, can also be observed for the pro-unionist parties.

I have already described the association between the decline in electoral participation and the decline of support for C’s between 2017–2021. The collapse of C’s voting support was, nevertheless, more complex than just an outcome of voters’ demobilization. Large parts of the former C’s voters switched to PSC and above all to Vox in the 2021 regional elections (Figure g). This indication inferred from the ecological analysis is confirmed by the Centre d’Estudis d’Opinió (CEO) survey data, which show significant party replacement from C’s to Vox and PSC. The data also demonstrate that the two groups of C’s defectors diverge on a wide range territorial (centralization vs. federalization) and ideological issues (right vs. left), pointing to the heterogeneity and unsustainability of the C’s original electorate.

The party replacement by a significant segment of the C’s electorate in favour of far-right nativist Vox parallels the development observable in the 2019 general elections in Spain. Strategic shift to the right in C’s rhetoric and advocated policies aimed to capture the rise in popularity of Vox, but it most importantly led to the legitimization of far-right demands among a segment of the electorate. In this respect, the emergence of Vox was mainly a result of the restructuring within the right-of-the-centre ideological bloc, not an outcome of the society-wide diffusion of far-right support. Finally, switching of support from C’s to PSC added to the sharp decline of right-wing unionist vote in Catalonia, an occurrence not experienced in the rest of Spain.

The question emerging from this development is as follows: does the party replacement from C’s to PSC mean a mere searching for the more credible unionist alternative, or was it a substantial change that occurred in favour of the preference for institutional decentralization short of independence among the new PSC voters? While it is obvious from the analysis that significant parts of the Catalan electorate are ideologically and socio-spatially entrenched in favour of either secession of Catalonia from Spain or a preservation of the status quo, there apparently remains a segment of voters who are ambivalent in terms of the territorial question.