Parliamentary Election in the Community of Madrid, 4 May 2021 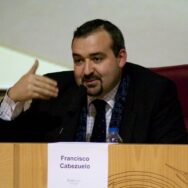 The regional elections of May 4, 2021 in the Autonomous Community of Madrid, a single-province autonomous region and the political and economic capital of the country, have been the most influential political event of this season in Spain. The uncontested victory of the Partido Popular candidate, Isabel Díaz Ayuso (Madrid, 1978), marks a new change of cycle in both Madrid and Spanish politics.

Ayuso’s list was able to obtain more seats than the three left-wing parties combined (PSOE, UP, and Más Madrid). Her strategy of constant opposition to the policies of the Spanish Government, presided by the socialist Pedro Sánchez Pérez-Castejón (Madrid, 1972), has been endorsed by the Madrid electorate. This has been a serious setback for the national government, which has found in Madrid and its incumbent president a rebellious region with unexpected leadership. Despite the pandemic, this year was marked by controversy and constant clashes between the national and regional executives.

Another important fact has been the turnout figure, which reached 76.25 percent. Out of a census of 4,783,263 people, 3,644,577 went to vote, although the elections were held on a Tuesday, a working day, as opposed to the tradition of Sunday elections. Likewise, they took place under a state of emergency, with strong mobility restrictions and highly restrictive sanitary and hygienic measures. The share of the postal vote grew more than ever. All in all, the high turnout was undoubtedly one of the main characteristics of these elections. Interestingly, it was also the first time that three male and three female candidates were running, representing all possible political options.

Isabel Díaz Ayuso, of the Partido Popular, is the winner of the election. She has become a political and mass phenomenon inside and outside Madrid, to the extent that the state entity Centro de Investigaciones Sociológicas (CIS) included her in the CIS barometer for the month of May. This decision to include Díaz Ayuso in the potential candidate pool for the presidency of the central government, even pitting her against the president of the Partido Popular, Pablo Casado Blanco (Palencia, 1981), is exceptional. Indeed, the CIS usally does not include regional leaders as options to become president of the Council of Ministers. Ayuso, a great connoisseur of social networks and digital communication, an expert journalist and a graduate from the Faculty of Information Sciences of the Complutense University of Madrid, was apparently right in her strategy of public appearances and statements to the press.
Mónica García Gómez (Madrid, 1974) headed the left-wing and environmentalist list called Más Madrid, and became, thanks to the election results of May 4, the leader of the opposition and head of the left. García, who was largely unknown to the general public until recently, is an anesthesiologist in the public health system who led the protests of health professionals against the health policies of the regional executive. In the May 5 election, she has managed to beat the socialist candidate, who had been the winner of the previous election in 2019. Más Madrid thus created a surprise against a Spanish Socialist Workers’ Party (PSOE) in free fall, which lost the leadership of the opposition in the process.

Ángel Gabilondo Pujol (San Sebastián, 1949), from PSOE, was the winner of the same regional elections in 2019 but did not reach the presidency due to the pact between the right-wing parties (PP and C’s). However, in 2021 he has signed the worst result in the history of the socialists in an election in Madrid. The politician of Basque origin and former Catholic friar was rector of the Autonomous University of Madrid and Minister of Education between 2009 and 2011 in the second government of President José Luis Rodríguez Zapatero. Just before the early call for elections, the Madrid press speculated on the departure of Gabilondo from active politics, due to his age, or on the possibility that he would be elected by the Congress of Deputies as Ombudsman, an institutional position for which he reached consensus due to his disposition, profile and political trajectory.

Another major protagonist of the campaign was the candidate Rocío Monasterio San Martín (Madrid, 1974), an architect and politician with strong family ties to the Cuban exile and the leader of the Vox formation in the Community of Madrid. Vox is the most right-wing formation of the entire Spanish political spectrum. Its strongly nationalist stance has led some analysts to compare it to Matteo Salvini’s Lega or Marine Le Pen’s Rassemblement National.

Despite the great expectations generated by the announcement of his candidacy, and even though his party eventually increased its support from 5.6% in 2019 to 7.2% in 2021, Pablo Iglesias Turrión, the leader of Unidas Podemos (Madrid, 1978), was one of the big losers of this election. On election night, following the announcement of his defeat, Iglesias declared that he would not take his seat at the Madrid Assembly and that he intended to completely retire from active politics. Iglesias headed the left-wing list Unidas Podemos, which brought together different currents and movements. After the election, he left all his positions and called for the renewal of his party’s leadership. Ahead of the Madrid vote, Iglesias, in a surprising and unprecedented move, had already left his position in the central Executive as a second vice-president of the Government and Minister of Social Rights and Agenda 2030 to lead his party’s campaign in the Capital region. But his belief that he was the only candidate able to bring together all left-wing forces was eventually shattered.

Edmundo Bal Francés (Huelva, 1967), of Ciudadanos (C’s), was the second big loser of the regional election, as his party literally disappeared from the political scene. By not reaching the minimum legal threshold of five percent of the vote, his formation went from 26 seats in 2019 to none in 2021, achieving only 129,216 votes or 3.57 percent against 629,940 votes in 2019. A declared admirer of the French president Emmanuel Macron, the respected jurist born in Andalusia came down to regional politics from the national scene, but he too failed to make a positive impact on the electorate. Bal could not stop the decline of his formation, which had been part of a coalition government with Diaz Ayuso since 2019. Controversies and even contradictions between members of the executive of the two formations had been constant during the last two years. The call for elections was motivated by the decision of Ciudadanos to end the regional government that they formed with the Partido Popular in the Region of Murcia, after which Ayuso, fearing that the same could happen in the capital, promulgated a decree of dissolution of the regional assembly. Its members should normally have held office until 2023.

Messages and anecdotes from the campaign

The campaign has been marked by tension, polemics, in a hard confrontation between some candidates. In a thwarted rally of Vox in the popular suburb of Vallecas, the formation of Rocío Monasterio suffered several physical and verbal aggressions. It was discovered in the final stretch of the campaign that Podemos security personnel were involved in these violent actions.

On the other hand, the security services located several packages with threats, knives, violent messages, scissors and sharp objects that were addressed to Pablo Iglesias (UP), the former president José Luis Rodríguez Zapatero (PSOE), the current Minister of the Interior, Fernando Grande Marlaska (PSOE) and even to Isabel Díaz Ayuso (PP) herself.
Another highlight of the campaign was the strong clash in a radio debate on Cadena SER, the main private radio broadcasting station in Spain, between Pablo Iglesias and Rocío Monasterio. The leader of Podemos left the debate after a fierce argument. He was later accompanied in his decision to leave the debate by Mónica García and Ángel Gabilondo. Curiously, neither Ayuso nor any representative of the Partido Popular had decided to participate in that debate, which helped generate a more institutional, cleaner and less muddy image of the PP leader.

Ayuso, who did not win the previous elections and whose unexpected candidacy and appointment by the party apparatus without primaries had been a much-discussed decision, has become in only two years a leader of the right and a reference for her party in other regions. In this election, she has been able to mobilize and convince a young and urban electorate with messages based on freedom of movement, ending restrictions, liberal ideas, and a controversial initial slogan “Communism or Freedom” that ended up printed on posters only as “Freedom.”

The Partido Popular won 44.73 percent of the vote, compared to 22.33 percent in 2019, going from 719,852 votes two years ago up to 1,620,213, which translates into a jump from 30 to 65 seats, more than doubling its vote and seat share. Ayuso’s victory, achieved by absorbing votes from the center and the right, has meant a hard blow for the Madrid left and even the disappearance of the only party that claimed to be liberal and/or centrist, namely Ciudadanos. Together, the parties of the left were unable to beat the Partido Popular. Ayuso’s candidacy won in 176 of the 179 municipalities that make up the region. Only in the towns of Fuentidueña del Tajo and El Atazar did the Socialists win. Interestingly, in the town of El Atazar, with only 112 voters, the last municipal election ended up in a tie between the Partido Popular, Ciudadanos and Vox on one side, and the Socialist Party and Podemos on the other, which forced the election of the mayor by tossing a coin, eventually giving the victory to the left.

The difference between the Partido Popular and the next most voted list is more than one million votes. The main opposition party is now Más Madrid, which has gone from 475,672 votes (14.69 percent) up to 614,660 votes. For its part, the historic Socialist Party fell from 27.31 percent of the vote (37 seats) in the previous elections to 16.85 percent, from 884,218 votes in 2019 down to 610,190 in 2021. United Podemos, the formation led by Pablo Iglesias, suffered another major setback. Iglesias has declared himself an admirer of French politician Jean-Luc Mélenchon, Greek former Prime minister Alexis Tsipras and Portuguese leader Caterina Martins. He has never hidden his sympathies for the regime of Hugo Chávez and Nicolás Maduro in Venezuela.

Ayuso’s victory was not the only one on the right. The other conservative party managed to increase its number of votes from 287,667 (8.88 percent) to 330,660 (9.13 percent), going from 12 to 13 deputies, and maintained its position as the fourth political force in the regional parliament.

The Partido Popular has managed to mobilize all its electorate, former abstentionists, former Socialist voters, former Ciudadanos voters and new voters. Beyond the figures, the Madrid election of this spring has resulted in the departure from active politics of two major figures of the left. While the departure of Gabilondo (PSOE) was foreseeable due to his age, Iglesias’s (UP) decision was much more surprising, and the leader of the left also gave up his position as general secretary of Podemos, which he had held since 2014.

The victory of Isabel Díaz Ayuso, who has become the new icon of the Spanish right, has been a hard blow for the left, who failed to beat the Madrid Popular Party. Furthermore, her victory shows the opposition of the people of Madrid to the policies of Pedro Sánchez and his coalition partners in La Moncloa.