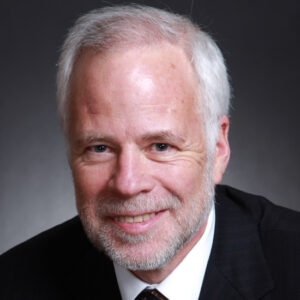 Professor of Economics and Political Science at the University of California

Barry Eichengreen is the George C. Pardee and Helen N. Pardee Professor of Economics and Professor of Political Science at the University of California, Berkeley, where he has taught since 1987. His most recent books is 'In Defense of Public Debt' with Asmaa El-Ganainy, Rui Esteves and Kris Mitchener (Oxford University Press 2021)

Barry Eichengreen is the George C. Pardee and Helen N. Pardee Professor of Economics and Professor of Political Science at the University of California, Berkeley, where he has taught since 1987. He is a Research Associate of the National Bureau of Economic Research (Cambridge, Massachusetts) and Research Fellow of the Centre for Economic Policy Research (London, England). In 1997-98 he was Senior Policy Advisor at the International Monetary Fund. He is a fellow of the American Academy of Arts and Sciences (class of 1997).

Professor Eichengreen has held Guggenhim and Fulbright Fellowships and been a fellow of the Center for Advanced Study in the Behavioral Sciences (Palo Alto) and the Institute for Advanced Study (Berlin). From 2004 to 2020 he served as convener of the Bellagio Group of academics and officials. He is a regular monthly columnist for Project Syndicate.

His most recent books are In Defense of Public Debt with Asmaa El-Ganainy, Rui Esteves and Kris Mitchener (Oxford University Press 2021), The Populist Temptation: Economic Grievance and Political Reaction in the Modern Era (Oxford University Press, 2018), How Global Currencies Work: Past, Present, and Future with Livia Chitu and Arnaud Mehl (November 2017), The Korean Economy: From a Miraculous Past to a Sustainable Future with Wonhyuk Lim, Yung Chul Park and Dwight H. Perkins (March 2015), Renminbi Internationalization: Achievements, Prospects, and Challenges, with Masahiro Kawai (February 2015), Hall of Mirrors: The Great Depression, The Great Recession, and the Uses–and Misuses–of History (January 2015), From Miracle to Maturity: The Growth of the Korean Economy with Dwight H. Perkins and Kwanho Shin (2012) and Exorbitant Privilege: The Rise and Fall of the Dollar and the Future of the International Monetary System (2011) (shortlisted for the Financial Times and Goldman Sachs Business Book of the Year Award in 2011).

Professor Eichengreen was awarded the Economic History Association’s Jonathan R.T. Hughes Prize for Excellence in Teaching in 2002 and the University of California at Berkeley Social Science Division’s Distinguished Teaching Award in 2004. He is the recipient of a doctor honoris causa from the American University in Paris, and the 2010 recipient of the Schumpeter Prize from the International Schumpeter Society. He was named one of Foreign Policy Magazine ‘s 100 Leading Global Thinkers in 2011. He is a past president of the Economic History Association (2010-11 academic year).

What To Do With Public Debt In A Post Pandemic World?

Has Covid-19 normalised the recourse to debt? Are we facing a model transition? Economist Barry Eichengreen argues for a constructive approach to public debt after the pandemic.

What To Do With Public Debt in a Post Pandemic World?

On October 14th, the GEG Weekly Seminar will discuss the future of post-pandemic public debt and its implications for the global economy. The discussion will be based on a...

Speakers: Cinzia Alcidi , Marco Buti , Jérémie Cohen-Setton , Barry Eichengreen
Partners: The College of Europe, The European Institute at Columbia University, The Europe Center at the University of Cambridge, The School of Transnational Governance at the European University Institute
Learn more