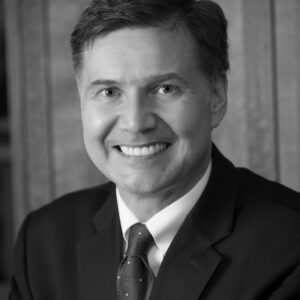 Dan Esty is the Hillhouse Professor at Yale University with appointments in both the Law and Environment Schools — and director of the Yale Center for Environmental Law and Policy (www.yale.edu/envirocenter) as well as co-director of the Yale Initiative on Sustainable Finance. Professor Esty has written or edited fourteen books (including the prizewinning volumes Green to Gold and A Better Planet) and dozens of articles on climate change, environmental protection, regulatory reform, and sustainability — and their connections to corporate strategy, competitiveness, sustainability metrics, and trade. He served in a number of leadership roles at the U.S. Environmental Protection Agency from 1989 – 93 (including serving on the U.S. delegation that negotiated the 1992 Framework Convention on Climate Change) and as Commissioner of Connecticut’s Department of Energy and Environmental Protection from 2011- 14.

Mastering the Labyrinth of Sustainability: Toward a New Foundation for the Market Economy

Debate over how to transform capitalism and deliver a better functioning market economy has broken out on a number of fronts. In this regard, environmental sustainability has emerged as one of the areas of greatest focus as current business practices and our economic system more generally produce enormous amounts of pollution and waste – and … Continued