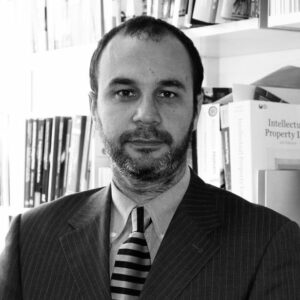 Reader at the City Law School
Share this author page

Enrico Bonadio is Reader at The City Law School, where he teaches various modules on intellectual property (IP) law. His current research agenda focuses on copyright protection of unconventional forms of expression, including graffiti and street art. Enrico has recently co-edited the book “Non-Conventional Copyright – Do New and Non-Traditional Works Deserve Protection?” (together with Nicola Lucchi, Elgar 2018); and edited the “Cambridge Handbook of Copyright in Street Art and Graffiti” (Cambridge University Press, 2019).

Enrico has been delivering classes and talks in more than 100 universities and institutions around the world (including John Marshall Law School in Chicago, University of Oxford, University of Cambridge, University of Windsor in Canada, University of La Havana) and frequently appears in the media as an IP expert. His research has been covered by CNN, Wall Street Journal, Washington Post, New York Times, Reuters, BBC, The Times, Independent and The Conversation, amongst other media outlets.

He holds law degrees from the University of Florence (PHD) and the University of Pisa (LLB), and is Associate Editor and Intellectual Property Correspondent of the European Journal of Risk Regulation as well as a member of the Editorial Board of NUART Journal.