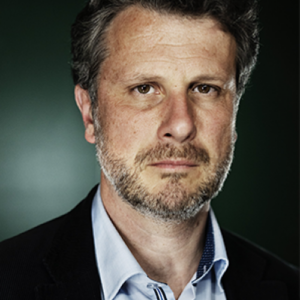 Frédéric Keck studied philosophy at the École Normale Supérieure and the Université Lille III, as well as anthropology at the University of California, Berkeley. He has written numerous publications on the history of French anthropology in its relations to philosophy.

After joining the CNRS in 2005, he carried out ethnographic studies on health crises relating to animal diseases: BSE, SARS, and “avian” and “swine” flu. His work, at the intersection between the history of science, the sociology of risk, and the anthropology of nature, more generally addresses the “bio-security” standards applied to humans and animals, as well as the forecasting methods that they produce with respect to health and ecological disasters.

In 2007, Mr. Keck was a laureate of the Fondation Fyssen and in 2001 received the CNRS bronze medal. He was a fellow of the Canadian Institute for Advanced Research in 2015 and  directed the research and teaching department at the Musée du quai Branly between 2014 and 2018. Since 2019, he has been the director of the Laboratory for social anthropology at the CNRS.

Foreword  Care is conducive to wellbeing, as much for the animals with whom we share our lives as for fellow humans. Yet there can be no caring that does not involve close physical contact, and with it, the exchange of pathogens. Sickness, for humans and animals alike, has always been a part of life. Yet … Continued

LEADING AMIDST CHAOS – Should We Develop “Shamanic” Abilities to Prepare for Future Pandemics? with Frédéric Keck

Virologists and ornithologists have learned to detect early warning signals by following birds, which are considered to be sentinels for disasters that will affect humans. Pandemic preparedness techniques...