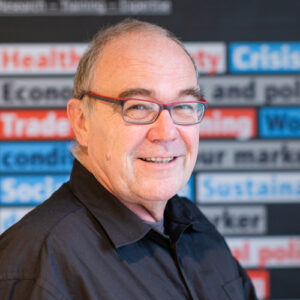 Philippe Pochet is General Director of the European Trade Union Institute (ETUI), Professor at the Université catholique de Louvain, and associated researcher at the Interuniversity Research Centre on Globalization and Work (CRIMT) in Montreal. He is the co-editor of Transfer, the European Review of Labour and Research Quarterly of the ETUI Research Department.

Philippe Pochet has published extensively on European social and economic policies, European social dialogue, and the impact of climate change and digitalisation on jobs and is co-editor of Transfer, the European Review of Labour and Research Quarterly of the ETUI Research Department.

What role for trade unions in reforming the European economic consensus?

On March the 18th, we will discuss a paper written by a collective of economist and political scientists (Manon Bouju, Lucas Chancel, Anne-Laure Delatte, Stéphanie Hennette-Vauchez, Thomas Piketty,...