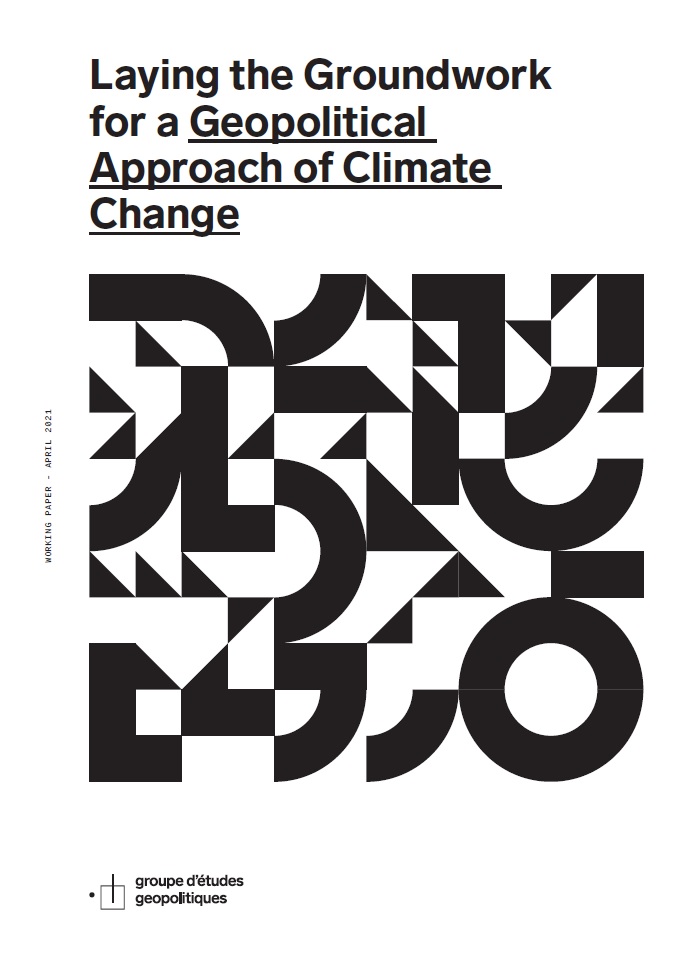 The climate summit organized by the United States on April 22 and 23 resulted in a series of announcements from the world’s major powers on their climate ambition. The current geopolitical context is marked by international ten- sions, between China and the United States of course, but also with Turkey and Russia. Yet, the summit managed to get the leaders of all these countries speak successively, showing the importance that has taken the geopolitical di- mension of the fight against climate change.Indeed, the fight against climate change can only be effective if it includes at an international level the primary emitters of greenhouse gases. As the international relations expert Dominique Moïsi states, “climate change not only alters the balance of power in the world. It should compel us to look at the world differently.” As such, the challenges posed by climate change and the low-carbon transition should compel us to take action.

However, those who animate this debate in France, and in particular the politi- cal movements which wish to put ecology at the heart of their program, do not seem to put this dimension at the heart of their political discourse. If environ- mentalists have invested more in the field of international relations since the aborted negotiations in Copenhagen and the Paris Agreement, they have not yet acquired a real geopolitical doctrine on climate change. Political agendas that wish to seize upon the matter and engage decisively in the fight against the causes of climate change and its effects must therefore complement their approach with a policy of climate geopolitics which, today, is largely absent. These approaches must include a foreign policy agenda based on an analysis of the expected behavior of other important global actors, especially States. These elements must be taken into account in order to propose effective solu- tions to achieve the goal of drastically reducing greenhouse gas emissions at a global level.

We propose first and foremost to outline the ways in which climate change compels us to rethink international relations (1), its causes, its consequences, and the means to fight against it as all three are global in nature. The emer- ging Chinese-American battle for climate power (2) and the challenge faced by France and the EU to maintain their position as leaders in the fight against climate change (3) stress the importance of such a reflexion. While this global dimension is not unfamiliar to environmentalists, they must move past their current exclusively moral-legalistic approach (4) in order to develop a true geo- political doctrine that goes beyond the simple «bottom-up» logic of the Paris Agreement (5).

We can then draw the outlines of a new geopolitical doctrine (6) around four paths which expand upon Arthur Mira’s thoughts for Groupe d’études géopolitiques. We will first broach the climate question in order to share it with all multilateral organizations with the help of a “3 R” approach: reinvestment in all multilateral bodies; reconnect their regulatory powers; rallying like-minded countries in a club of ambitious states. At the same time, a group of like-minded countries could be created: the «Green 20». Additionally, the climate soft power of France and the European Union should be invested in. Finally, in order to implement this strategy, it will be necessary to decompartmentalize the administrations in charge of dealing with climate, as well as international and economic challenges.

Geopolitics as we want to make use of it is an analytical tool. Its purpose is to place factual data at the heart of inquiry and arrange them in a meaningful order, so as to offer – or at least attempt to offer – a key to better understanding how the world we live in … Continued

Towards A Mediterranean Community For Renewables

Building a new community process with the southern shore of the Mediterranean: Energy transition and geopolitics in the age of war ecology Introduction The geopolitical situation generated by Russia’s invasion of Ukraine has radically changed the geo-energetic context in which the EU will have to position itself in the short, medium and long term. In … Continued

Over the past several years, the theme of “European sovereignty” has emerged in the European debate. There is still some misunderstanding about the concept and even the exact diagnosis it represents is often debated. And yet, despite being shaken by external crises for the past twenty years — the 2008 financial crisis, followed by the … Continued