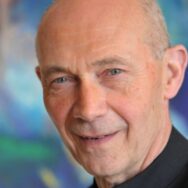 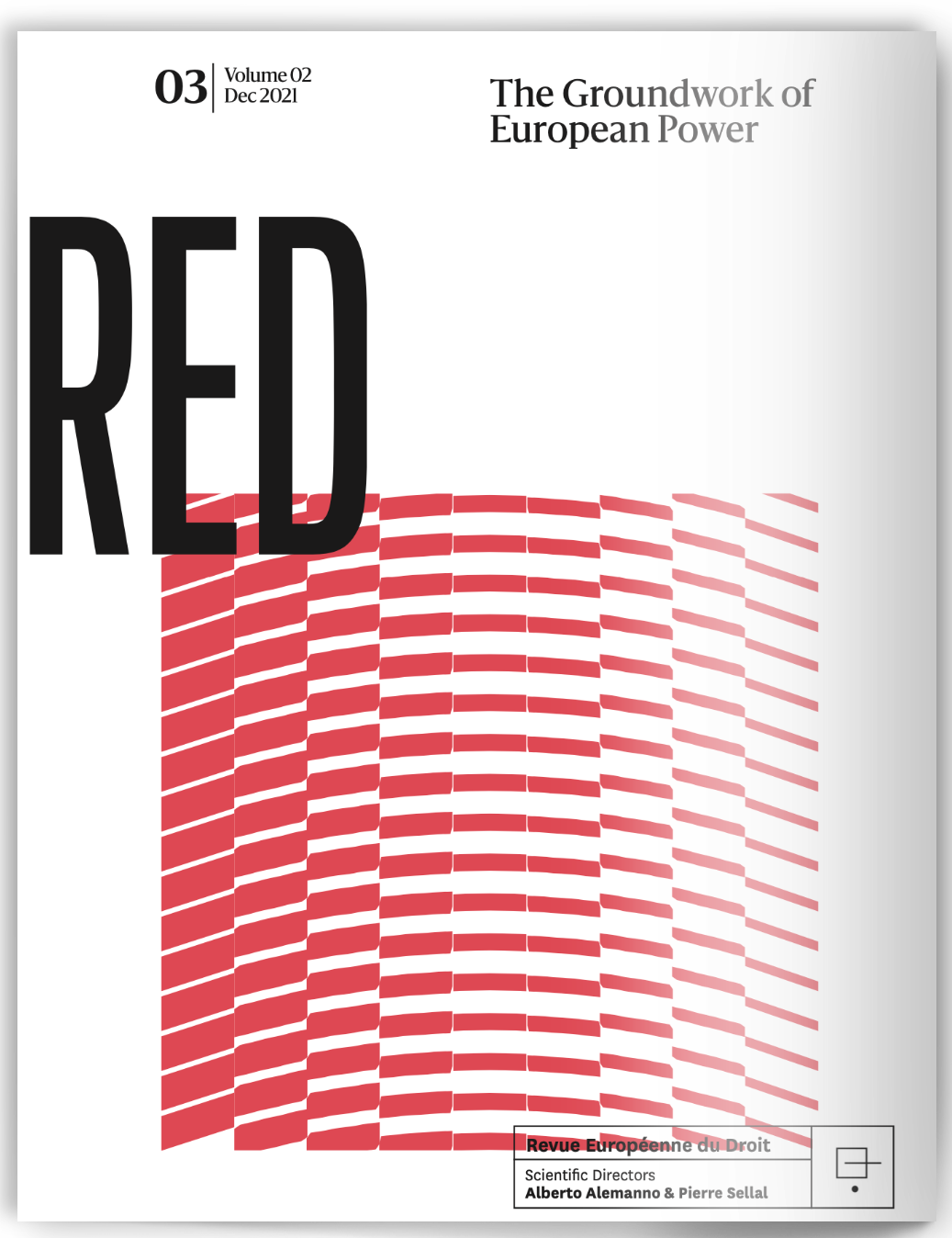 For a long time, Europe has had a sickly relationship with power. But the claim to “power” now seems to have been assumed by European leaders.  The French Secretary of State for European Affairs, Clément Beaune, even speaks of a new “mental and concrete projection towards power” 1 . What is your feeling on this issue?

The failure of the European Defence Community (EDC) in the early 1950s led the Founding Fathers to initiate, through what later became the European Union, a project of peace, an enterprise of geo-economic rather than geopolitical integration. This choice followed from a pragmatic observation: geo-economics deals with quantities of mostly fungible things, whereas geopolitics mobilizes a sense of belonging, a community that is felt and experienced, often built around common threats, dreams, and nightmares. Geo-economic integration – through the common management of steel and coal at the outset – was understood to lead naturally to political integration. This is what Robert Schuman’s concept of “de facto solidarities” refers to: economic integration should have resulted in political integration. We now understand that it is not enough to work the lead of the economy to find the gold of politics. Between the consumer, the worker, the homo economicus on the one hand, and the citizen, the homo civicus, on the other, there is a species barrier that European integration has not yet been able to overcome.

On several occasions, the Union rejected its geopolitical responsibilities, and sometimes did so in a dramatic way, for instance during the Yugoslav wars. But Europeans have also begun to perceive the need to equip themselves with the means for political action commensurate with their position in the world: the increasing fragmentation of the world and the acceleration of the United States – China confrontation is forcing us to shift our paradigm 2 . During the Cold War, Europe had clearly identified its friends, its American protectors, as well as its foe, the Soviet Union. Donald Trump forced Europe to open its eyes to a new political reality: the United States’ gaze is now essentially turned towards China, its ideological, military, technological and economic rival. While geo-economics is a positive-sum game, as shown by Ricardo and Schumpeter, geopolitics is a zero-sum game, and the Americans deem that any step taken by China towards world power is to their disadvantage, undermining their own values and interests. For Europe, China is both a competitor and a rival, but also a partner, these different positions being given different weights from those given by the United States. If Europeans do not find an appropriate positioning (which cannot be an equidistance) between these two worlds while they pursue in a more aggressive way their age-old rivalry, they will be crushed. Europe has its own interests, which it will have to defend on its own, if it is able to acquire the means for a political action fitting its ambitions in the world 3 .

This new international context brings Europe back into geopolitics, and therefore into power in the political sense of the term. Today we find ourselves at the heart of a revolution in Europe’s relationship with the outside world: our world is not, or no longer, the one that enabled Europeans to focus most of their efforts on their priorities of economic integration and on their futuristic model of political unification. We have entered a world where Europe cannot but embrace power 4 and understand itself as being a political entity. This is a novelty for a continent whose nation-states have been inoculated against the damage done by the will to power. Indeed, in the collective imagination of most Member States, the latter is still viewed as the characteristic of the bellicose nationalisms of the 20th century that produced Nazism, fascism and the Shoah, the worst of what humanity has ever known.

For the men and women who shaped European unity in the first post-war decade, creating the conditions for a lasting peace was the beating heart of the European project, conceived in opposition to a nationalist impulse that unfolded almost naturally whenever the will to power is assumed. Europe thus undertook to inoculate itself against this will, which obsessed it for centuries, by fostering the dream of internal unity. But the logic of power was suppressed to the point where the Union became unable to act at the appropriate level. Ursula von der Leyen’s first public statements emphasized that she heads the first “geopolitical commission”, which points out that new perspectives are now open.

But isn’t one of the conditions for fostering European power that Europeans be able to first define their common interest?

For Europeans, Europe is still a project of reason, rather than one of passion. Our common interest is not very complicated to define and to defend when it comes to economic integration: the common currency, the common market, the customs union can easily be understood as the avatars of a community of interests emerging from the sheer laws of economics. But “one does not fall in love with a large market” as Jacques Delors liked to say. It is much more difficult to define a common interest in the hearts, that is to say a political community.

There is a significant challenge in defining and articulating the will to power in the political space as long as Europe suffers from a democratic deficit and its political space doesn’t amount to a demos. The institutions of the European Union (kratos) embody the democratic canons: we have a quasi-government (the Commission) controlled by a Senate of the Member States (the Council of Ministers), a Parliament that can overrule the Commission and finally a Supreme Court (the Court of Justice). Europe has all the necessary institutions, which are functional and democratic, but they are not, or hardly, driven by a sense of common belonging. The European political space doesn’t give rise to passions, and most Europeans do not perceive it as a space of power similar to what they can experience at their local, regional or national levels; this is clear from the significantly lower participation in European elections.

Take the example of a common defence policy, which is supported by the Europeans if we are to believe the polls: it presupposes first of all a security policy, which is itself only a component of foreign policy. In matters of geopolitics, and particularly in the field of security, we are not in the realm of reason but still in the realm of passion, and I do not believe that there is a reasonable common interest that can override the particular interests rooted in passions, just as we have not succeeded in bringing about a political union based solely on an economic union. Several barriers must be overcome: the matter of belonging that leads to a common security policy is above all symbolic, it is not real, it is in the mindsets, in the nightmares, in the representations.

Today, it seems important to seek the elements of a new common narrative in the infra-political. The future of the European project rests on the emergence of a true sense of belonging to Europe, and on the way in which the identity issue that haunts our continent will be resolved: we cannot continue the path of European integration while ignoring the emotional need for belonging. The European identity, which is a source of great complexity for Europeans, whose national identities are partly built on narratives of differentiation, appears in a much more obvious way to non-Europeans. We need to identify what, beyond the heterogeneity of our historical experiences, brings us together as Europeans, and connects us to the rest of the world. For this, we need a new, richer, and more widely shared political grammar – a grammar that lives up to the formidable ambition of creating a space for political belonging without resorting to conflict or coercion. We have done a lot of theorizing about the institutional architecture of the Union, its common market, and its legislation, but we have not done enough empirical research on Europeans, their collective imaginations, and their daily lives. One of the avenues I have been pursuing for several years now is that of developing an anthropology of European integration 5 .

This will be a long road; it is a matter of time, of narrative, of debating. The shift will be very complex. I commend Josep Borrell’s initiative to build a strategic compass for the Union, but he acknowledges himself that it will take time 6 . Once the question of the European interest raised and answered, its procedural implementation will follow. The way in which institutions and procedure are to be crafted should not be decided before we settle on what our goal is. The debate on the transition from unanimity to majority voting in the European Council does not make much sense as long as this work on the definition of a European interest has not been completed. To be sure, the transition to a majority rule will not lead to majority decisions on military interventions. On these issues, we need to really agree on the essentials, considering in particular that the European political space is only superimposed on national spaces, which are the real spaces of solidarity and belonging; this is where one can truly decide to put one’s life in danger.

But isn’t the shift to geopolitics itself based on geo-economics? Economic sanctions are often perceived today as an instrument of foreign policy. The extraterritoriality of US law seems to be the very example of this porosity, and also one of the subjects on which a European interest could be most easily determined.

It is precisely the interest of this field of foreign economic relations that it is the one that most closely blends geo-economics and geopolitics. The American sanctions respond to a strictly national interest but directly affect European companies; indeed, it is a unilateral manner that the Americans withdrew from the Vienna Agreement and imposed sanctions on China. But not all developments come from within. Let us take the example of the euro: although discussions on its creation began in 1969 with the Werner report, the issue only really took off when Nixon decided to put an end to the gold standard. This non-alignment of interests creates the conditions for the emergence of a European strategic autonomy. This is what is at stake in the new anti-coercion instrument that the European Union is expected to be handed in the coming months and which aims to enable it to prevent and counter measures of economic constraint taken by third countries against the European Union. As we showed in several publications of the three Instituts Jacques Delors, which inspired the Commission’s proposal, the development of a comprehensive and well-articulated arsenal of measures capable of preventing or limiting the damage caused to Europeans by extraterritorial sanctions (American or other) is likely to be the first real operations test of the new discourse on strategic autonomy, the translation of sovereignty into the language of European institutions 7 .

Introduction The European Commission has pointed out that we are increasingly confronted by the consequences of climate change and resource depletion. It therefore wants more investment in ‘green’ companies and products. In its initial Sustainable Finance Action Plan (SFAP) of March 2018, the Commission states that as the financial sector acts as an intermediary … Continued

Europe as an international normative power: state of play and perspectives

Twenty years after an initial assessment, Europe still aims to define itself as being a power whose influence isn’t rooted in its military force, but in its capacity to set rules or behavioral norms that have an international outreach. Indeed, as early as the 1970s, what was to become the European Union was already viewed … Continued