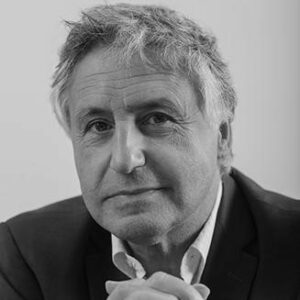 Laurent Cohen-Tanugi is founder and managing partner of Laurent Cohen-Tanugi Avocats. He was also Chairman of the interministerial mission “Europe in Globalization” (2007-2008) as well as Partner, Skadden, Arps, Slate, Meagher & Flom LLP (2005-2007), Senior Vice President, Legal Affairs, and member of the Executive Committee of the Sanofi-Synthélabo Group (2004) and Partner, Cleary, Gottlieb, Steen & Hamilton (1991-2003).

He is a member of the Paris and New York Bars, has served as an FCPA Independent Corporate Monitor, appointed by the U.S. Department of Justice and the U.S. Securities and Exchange Commission (2011-2014) and is a member of the French Committee of the ICC International Court of Arbitration.

A graduate of the École normale supérieure (1976-1981), he holds an agrégé de lettres modernes (1979) and a degree from the Institut d’études politiques de Paris (1980). He holds a Master’s degree in international business law and a D.E.A. in Anglo-American business law from the University of Paris I, Panthéon-Sorbonne (1981). He also obtained an LL.M. from Harvard Law School (1982).

Author of numerous books on the rule of law, European affairs, transatlantic relations and globalization, he was a lecturer at Stanford Law School (2012 – 2016), HEC (2011), Sciences-Po (2011) and Harvard Law School (2009). Laurent Cohen-Tanugi is a member of the Académie des technologies, a founding member and vice-president of Notre Europe – Institut Jacques Delors, a member of the Policy Advisory Council of the French-American Foundation, a founding member of the Club des normaliens dans l’entreprise, and was a member of the Commission sur l’économie de l’immatériel (2006) and of the Commission de réflexion sur la justice (1997).

Europe as an international normative power: state of play and perspectives

Twenty years after an initial assessment, Europe still aims to define itself as being a power whose influence isn’t rooted in its military force, but in its capacity to set rules or behavioral norms that have an international outreach. Indeed, as early as the 1970s, what was to become the European Union was already viewed … Continued

Law is more than ever the necessary language of globalization

In Le droit sans l’Etat you were contemplating governance through law independently from the State. Does this “liberal” analysis enable an understanding of globalization as the creation of a legal space without real political convergence? Is the liberal model still a point of convergence within globalization? Le droit sans l’Etat, which was published in 1985, … Continued