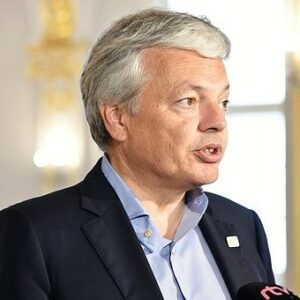 Didier Reynders is the former Minister of Finance of Belgium and is European Commissioner for Justice since Dec.

‘We face a systemic problem rather than isolated violations of European law’ — a conversation with Didier ...

HP and VR: In a decision rendered on October 7, 2021, the Polish Constitutional Tribunal ruled that a part of primary European law is unconstitutional in terms which would suggest that the primacy of European law will no longer be recognized in that jurisdiction. Now, a few months after the crisis caused by the ruling … Continued

Europe and the Rule of Law, a Conversation with Didier Reynders

On February 24th, the GEG Weekly Seminar will discuss the challenges to the rule of law in Europe. The starting point for this discussion will be an interview conducted...