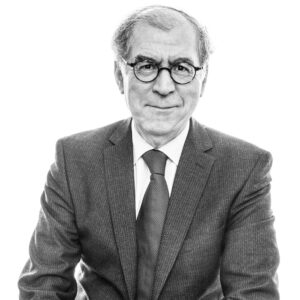 Pierre Sellal joined August Debouzy in January 2018 as a senior counsel.  Ambassador of France, he has spent most of his career in European affairs.  For more than ten years, he held the position of Ambassador, Permanent Representative of France to the European Union, in Brussels, until the end of the year 2017.  He was thus a direct player in all major European negotiations.

Following his 40-year career as a diplomat, during which he held the most important positions within the French Ministry of Foreign Affairs (as the Minister’s Chief of Staff, and later as Secretary General), Pierre Sellal wanted to contribute his expertise in European, international and strategic environment to the activities of August Debouzy.

The Groundwork to European Power

How can we understand Europe’s uncertain relationship with power? Is power, which Valéry Giscard d’Estaing opposed as early as 1974 to the concept of ‘space’, which was not sufficient in his eyes to account for the nature of the European project and its ambitions, doomed to remain the chimerical horizon of its ultimate goals? How … Continued