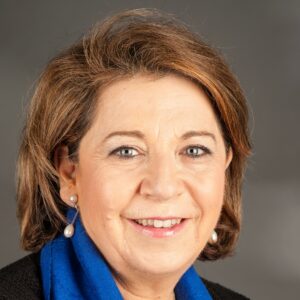 Lawyer, Co-Chair of the MENE

Corinne Lepage has a doctorate in law and specializes in environmental law, energy and environmental health issues. She is a co-founder of Huglo Lepage, a law firm specializing in major pollution cases and natural and industrial disasters. She has held numerous public positions. She was a member of the Conseil de l’ordre and Secretary of the Conseil (1987-1990), then Minister of the Environment (1995-1997) as well as Deputy and then First Deputy Mayor of Cabourg (1989-2001), and MEP (2009-2014). She lectures in very large companies on the evolution of climate and environmental issues linked to economic issues.

Climate Justice in Europe: The Growing Role of Courts

With the Green Deal, the Climate Law, the European taxonomy, the 14 directives either new or to be modified, Europe has undoubtedly taken the measure of the scale of the climate challenge and initiated a profound legal reform to adapt the texts to the objectives that have been set, that is, to reduce greenhouse gas … Continued