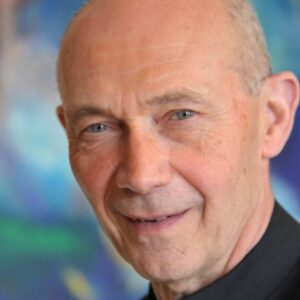 From 1994 until 1999, he served as Director General at Crédit Lyonnais before serving at the European Commission as Commissioner for Trade until 2004. Mr. Lamy has also published numerous books on Europe including Où va le monde ? (2017), Quand la France s’éveillera  (2014), and The Geneva Consensus (2013)

He graduated from HEC Paris, the Institut d’Etudes Politiques, and the Ecole Nationale d’ Administration. He holds the rank of Commander of the French Navy.

“Following Ukraine, We Need A New Recovery Plan”, a Conversation with Pascal Lamy

You have been at the core of European construction for a long time. Can you help us understand the changes that are taking place since the Russian invasion of Ukraine? Basically, what happened last weekend in Brussels? I think that we have experienced another step in the transformation of the European Union into a true … Continued

For a long time, Europe has had a sickly relationship with power. But the claim to “power” now seems to have been assumed by European leaders.  The French Secretary of State for European Affairs, Clément Beaune, even speaks of a new “mental and concrete projection towards power”. What is your feeling on this issue?  The … Continued

Answering the crisis of multilateralism with polylateralism

To overcome the crisis of multilateralism that surged in a world full of tensions, one of the keys is polylateralism. This concept aims to rethink international relations, going beyond the quasi-monopoly of sovereign States, by developing hybrid forms of organizations able to bring together new and diversified actors driven by efficiency. The outdated Westphalian theory … Continued

Polylateralism as the way forward, a conversation with Pascal Lamy

Serving as President of the Paris Peace Forum, Pascal Lamy, in this exclusive interview with le Grand Continent, puts forth the global strategy and doctrine behind this initiative : in a world which will remain chaotic despite Donald Trump’s disappearance, polylateralism appears to be the key to address the crisis of multilateralism.