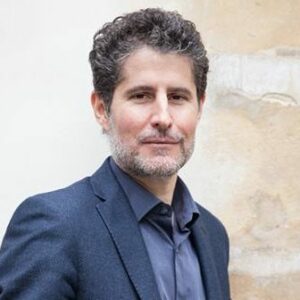 Giuliano da Empoli is a writer and journalist and the CEO of the Italian think-tank Volta. He previously served as Deputy Mayor for culture in the city of Florence and was a political advisor to Matteo Renzi.

Mr. da Empoli studied Law at Sapienza University in Rome and holds a master’s degree in Political Science from the Institut d’études politiques in Paris. He founded Volta in 2016.

He has published several books including Overdose (2002) and Les ingénieurs du chaos (2019), which has been translated into numerous languages. His book Un grande futuro dietro di noi earned him the title “Man of the Year” from Italian newspaper La Stampa. He regularly contributes to Italian publications such as Il Corriere della Sera and La Repubblica as well as having hosted a weekly radio show.

For years, the only people who have been talking passionately about Europe are its enemies. If pro-Europeans want to be able to fight against their vision, the first thing to do is to step outside the established framework, even if it means risking controversy. An innovative policy paper by Giuliano Da Empoli.

The question of European cultural identity