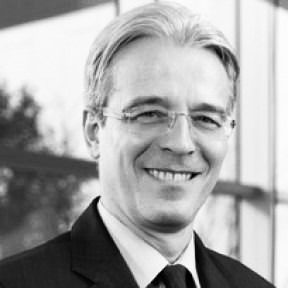 As General Secretary, he supervises several key functions in the Group: Legal, Tax, Administration and Governance, Security, Public Affairs, Corporate and Social Responsibility (CSR), Insurances for own account. He is also the Group coordinator for relations with banking supervisors, including the ECB.  He reports directly to the CEO of the Group.

Gilles also chairs the Board of the French Deposit Insurance and Resolution Fund (FGDR).

Before joining the bank, Gilles was from 2007 to 2011 the European Advisor to the French Prime Minister. During this period, he was also General Secretary for European Affairs (SGAE), in charge of coordinating French Government’s positions on EU issues.

During his diplomatic career, Gilles specialized in European affairs and EU negotiations. He was the Head of the European Cooperation Department in the French Foreign Ministry from 2004 to 2007. Before that, he served in Rome as Deputy Chief of Mission in the French Embassy to Italy (2002-2004). Previously, he was Counsellor in the French Permanent Representation to the EU in Brussels (1997-2002). From 1995 to 1997, he was an adviser to the French Minister for EU Affairs, Michel Barnier. Gilles Briatta also worked in the European Commission Delegation in Washington DC (1991-1994).

He is a graduate of ESSEC Business School, Sciences-Po Paris and Ecole Nationale d’Administration (ENA).

Can the renewed debate on European power lead to a paradigm shift in Brussels ?

For a long time, the construction of Europe has been seen by French public officials as a construction of power. The European Union (EU) could in no way remain a mainly economic and financial organization without a government worthy of the name, or without the usual attributes of international power, including military capabilities and foreign … Continued