Parliamentary Election in Catalonia, 14 February 2021 (I) 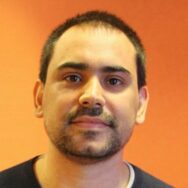 Catalonia held its thirteenth election to the Catalan Parliament amid the COVID pandemic, and after years in which the conflict between pro-independence parties and successive Spanish governments has dominated and polarized the political agenda.

With a very low turnout, the election results show record support for left-wing parties and a plurality for pro-independence parties. The electoral changes have translated into a very fragmented Parliament and, to a lesser extent, into changes in government majorities, with Esquerra Republica de Catalunya (ERC) likely to hold the presidency for the first time since Spain restored democracy and self-government institutions.

In the following lines, I analyse the changes in the election results vis-à-vis the 2017 election, the key changes in the Parliament’s make-up, and the options for government formation. In the last section, I analyse vote transfers between these elections and the previous ones.

The 53.5 per cent turnout is the lowest ever in a Catalan Parliament election. This record abstention is to a large extent due to the pandemic: the elections were held with the restrictions established by the so-called ‘state of alarm’, a high incidence of infections and hospitalizations, and different voting slots for infected people or members of at-risk groups on election day. The drop in turnout is also related to a different perception of how much was at stake in the election. The 2021 elections contrast with the previous ones in 2015 and 2017, which set turnout records: 75 and 79.1 per cent, respectively. The 2015 elections were equated to an independence referendum by pro-independence parties, while the 2017 elections followed the October independence referendum, the dissolution of the Catalan parliament proposed by the Spanish government and passed by the Spanish Senate, and the imprisonment and exile of several pro-independence leaders.

The “data” panel shows the results of the 2021 elections and compares them with the previous ones. The main changes have to do with the two most voted for parties. The Socialist Party (PSC) is the most voted for, something that had not happened in an election to the Catalan Parliament since 2003. ERC has become the leading Catalan nationalist party for the first time since the founding elections to the Catalan Parliament in 1980. ERC has overtaken Junts per Catalunya (JxCat), the main successor to CiU, the party that held the Catalan presidency for more than 28 years, and the senior partner of the independence coalition that has governed Catalonia since 2015. Other relevant changes are the dramatic fall in support for Ciudadanos (Cs), which has gone from being the party with the largest support, with 25.4 per cent of the votes, to seventh, with 5.6, and the irruption of Vox, with 7.7 per cent of the votes. The Candidatura d’Unitat Popular (CUP) has improved its result, while En Comú Podem (ECP) and the Partido Popular (PP) saw a drop in their support for a third consecutive election.

Overall, the Catalan party system has shifted to the left — with 58 per cent of the vote, 10 points more than four years ago — and depolarized within the self-defined pro-independence and pro-constitution blocs. These changes are perfectly illustrated by the rise of the PSC and ERC’s overtaking of JxCat. The blocs are no longer headed by Cs and JxCat but by the PSC and ERC, left-wing parties that are also more inclined to reach agreements with parties from the other bloc. Regarding the balance of power between pro-independence and pro-constitution parties, minor seat count changes translate into a substantial one. For the first time, pro-independence parties enjoy an electoral plurality: ERC, JxCat, CUP and PDeCat have a combined 50.7 per cent of the vote, up from 48.1 and 47.7 per cent in 2015 and 2017.
These electoral changes result in Catalonia’s most fragmented parliament since 1980. Eight parties have gained representation and none of them have surpassed the threshold of 25 per cent of the vote — again, unprecedented. The Catalan party system is now composed of three large parties (PSC, ERC and JxCat) coexisting with five small ones that do not reach either 10 per cent of votes or 10 per cent of MPs.

Such a fragmented landscape makes only two majorities plausible: a coalition of pro-independence parties (ERC, JxCat and CUP) or a re-edition of the left-wing three-party government that ruled Catalonia between 2003 and 2010 (PSC, ERC and ECP). Both coalitions have 74 seats, exceeding by six the necessary majority of 68 out of 135 MPs. However, only the pro-independence coalition seems possible. The political polarization over the territorial issue in recent years, plus the political competition within each of the blocs, makes agreements between pro-independence and pro-constitution parties unlikely in the short-term. A pro-independence government (with or without a majority) seems to be the main alternative to avoid a snap election.

The electoral change in these elections has been very marked. Aggregate volatility is 20.9 per cent, which means that at least one in five Catalans has changed their vote. If we add to the equation the demobilized voters in these elections, the level of change is much higher.

The aggregate and relative changes in support for each party are shown in Figure a. The combined effect of the pandemic and the lower saliency of the elections has resulted in one and a half million less votes than in 2017. Logically, this has meant that all parties have lost support in absolute terms, except for the PSC and Vox, a new party that did not participate in the elections four years ago. In relative terms, the biggest fall is that of Cs, which has lost 86 per cent of the votes harvested four years ago. The rest of the parties are moving at similar levels of relative losses, between 36 and 40 per cent of their votes in 2017.

In order to find out how the electoral transfers may have worked with respect to the previous election before post-electoral studies are available, I analyse in Figure b the changes registered in the more than 5,000 wards in which the elections in Catalonia are organized. Specifically, I will describe the two major quantitative changes: the fall in turnout and the loss of support of Ciudadanos.

Each of the points in Figure b represents a ward, while the axes show the difference between the percentage of turnout in 2021 and 2017, and the change in support for pro-independence parties (Figure b, left) and pro-constitution parties (Figure b, right). The figures suggest that demobilization has mainly harmed the pro-constitution parties: their support has mainly decreased in those sections where turnout has fallen the most.

Figure c performs the same exercise but relates the fall in support for Cs’s to the change in support of its main competitors. The fall of Cs coincides, on the one hand, with those wards where turnout fall the most, but also with those where Vox and the PSC make their best results, making evident both a pattern of demobilization but also of vote transfer to both right and left parties.