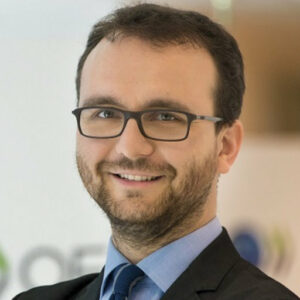 Andrea Garnero is a labour market economist at the Directorate for Employment, Labour and Social Affairs of the OECD. He is also a research fellow at Université libre de Bruxelles (Solvay Brussels School of Economics and Management), a member of the French minimum wage expert commission (“Groupe d’experts sur le SMIC”), and a member of the executive board and scientific committee at the Scuola di Politiche in Rome.

He previously worked as assistant for economic affairs and G20 assistant Sherpa to the Italian Prime Minister in 2013-2014 and as an economist at the European Commission between 2011 and 2014.

His work focuses on minimum wages and collective bargaining in OECD countries and he has published extensively in international peer-reviewed journals. He has written numerous policy reports and working papers on Labour policy.

The impact of Covid-19 on work: telemigration, relocation, environment

A discussion about a working paper published by the Groupe d'études géopolitiques: "The impact of Covid-19 on work: telemigration, relocation, environment".