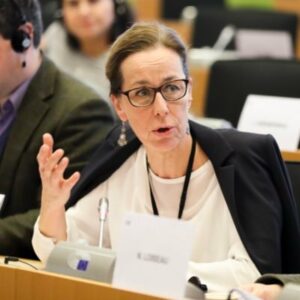 Member of the European Parliament
Share this author page

She did her military service in the French Navy, and remains a reserve lieutenant commander. She studied at the École Polytechnique and the National School of Rural Engineering, Water and Forestry. She also has a master’s degree in Economics from the University of California, Berkely.

A discussion about a set of seven innovative proposals from a report, "Towards subsidiary crisis management in the COVID-19 pandemic - Germany’s federalist experiment in transborder perspective".