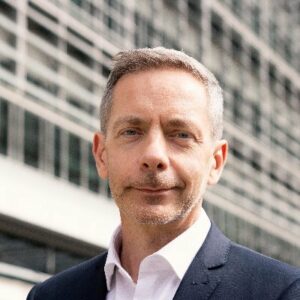 François Arbault joined the European Commission as an administrator in the Directorate General for Education, Training and Youth in 1995. In 1997, François Arbault moved to the Directorate General for Competition, where he held various positions. In August 2003, he was seconded to the Court of First Instance (now “General Court”) of the European Communities in Luxembourg, where he was a legal secretary in the chambers of Judge M-E Martins Ribeiro. Back in Brussels, he joined the Competition team of the Commission’s Legal Service in January 2006. In October 2008, he became a member of the cabinet of Vice-President Jacques Barrot, Commissioner for Justice, Freedom and Security, where he was in charge of Justice, Economic and Financial Affairs, Competition and the Single Market until he joined Michel Barnier’s team where he was in charge of Intellectual Property.

François Arbault is a graduate of the Institute of Political Studies in Grenoble and the College of Europe in Bruges.