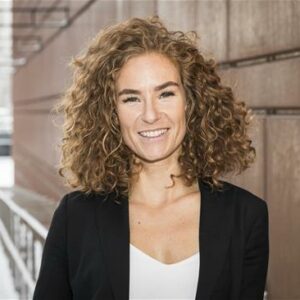 Malgorzata (Gosia) Smieszek, PhD, is a political scientist and a Researcher and Project coordinator at the University of Tromsø – The Arctic University of Norway. She is an Adjunct Fellow at the East-West Center and a Co-Founder of a non-profit “Women of the Arctic.

Malgorzata (Gosia) Smieszek, PhD, is a Researcher and Project Coordinator at the UiT Arctic University of Norway in Tromsø. Her research focuses on international environmental and Arctic governance, science-policy interface, science diplomacy, Arctic scientific cooperation, and gender-environment nexus. Before joining the UiT, Gosia worked at the Arctic Centre, University of Lapland in Finland on a number of national and international Arctic projects for the European Commission, Poland’s Ministry of Foreign Affairs, Finland’s Prime Minister Office, German Arctic Office, Iceland’s Ministry for Foreign Affairs, and for Finland´s and Iceland’s Chairmanships of the Arctic Council (AC).

Recently, she was one of the lead authors and members of the editorial committee of the “Pan-Arctic Report on Gender Equality in the Arctic” of the AC Sustainable Development Working Group (SDWG). She was a Fellow of the International Arctic Science Committee (IASC), the Co-chair of IASC Action Group on Communicating Arctic Science to Policy Makers, and a representative of IASC to meetings of the Arctic Council. She was also the Co-organizer of the 4th China-Nordic Arctic Cooperation Symposium (CNARC) and a Co-chair of theme “Knowledge-based development in the Arctic” at the Arctic Frontiers 2020. In 2018, together with Tahnee Prior, she founded a non-profit association “Women of the Arctic ry”

She is a member of the North American and Arctic Defense and Security Network (NAADSN), an Adjunct Fellow of the East-West Center (EWC) in Honolulu, Hawaii, a member of the steering committee of the North Pacific Arctic Conference (NPAC) of the East-West Center (EWC) and Korea Maritime Institute (KMI), and a Co-chair of the Arctic Observing Summit 2022.

On November 25th, the GEG Weekly Seminar will discuss the EU's latest Arctic policy. The discussion will be based on a paper written by Arthur Amelot, Aleksis Oreschnikoff...