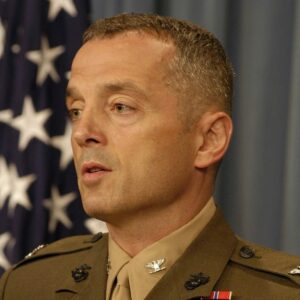 Matthew Bogdanos has been an Assistant District Attorney in Manhattan since 1988. He is also a colonel in the United States Marine Corps Reserves.

He received a Bronze Star for actions against al-Qaeda and the National Humanities Medal for his work in recovering the ancient treasures that were looted from Iraq’s national museum during the U.S. occupation. He has presented his work exposing the link between antiquities trafficking and terrorist financing to the United Nations, the Peace Palace in The Hague, the British Parliament, and Interpol.