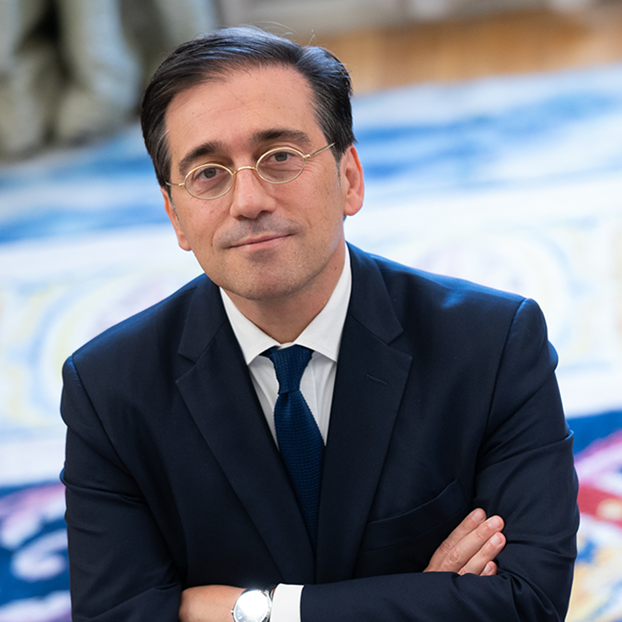 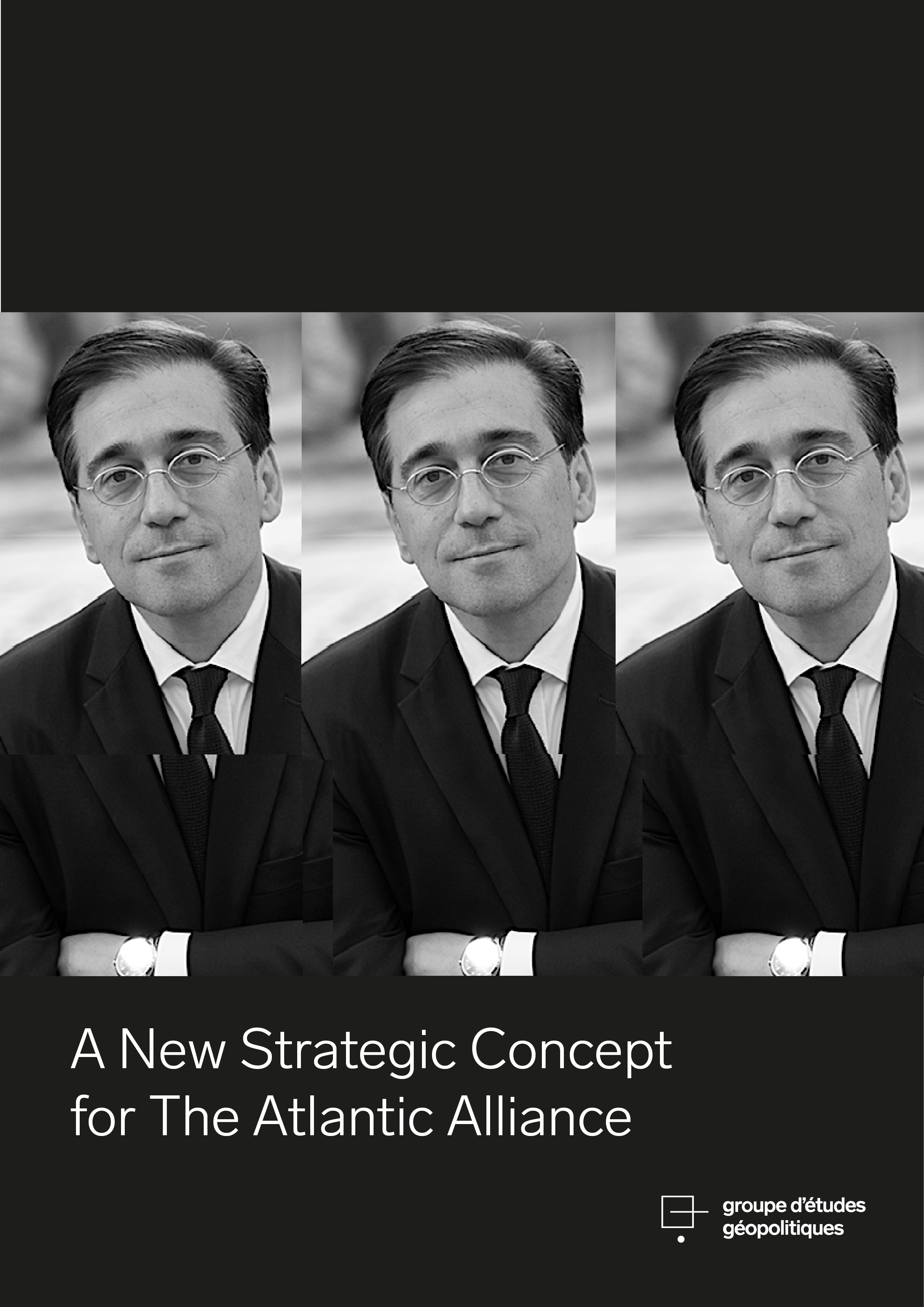 This article is also available in Spanish, French, Italian and German on le Grand Continent.

Shortly after the announcement of the 2022 summit in Madrid, the withdrawal of NATO’s “Resolute Support” mission from Afghanistan became a complex and dramatic military operation that was followed closely by Euro-Atlantic public opinion who watched in disbelief as thousands of civilians evacuated at the same time as our own troops. Global public opinion was equally taken aback as many wondered how more than ten years of allied efforts had failed to prevent the Taliban from regaining power.

The Alliance’s strategic outlook will not disregard this experience as we approach the Madrid summit this coming June 29th and 30th. But it is the missiles falling on Kiev, the Bucha massacre, the grisly bombing of a maternity hospital in Mariupol, in short, the use of war as a political tool, which has transformed Euro-Atlantic security in the most profound way, making it the backbone of the work that will be done in this next meeting of the Alliance’s heads of state and government.

For Spain, the summit that will take place in Madrid on June 29th and 30th marks an important milestone in our NATO membership as it coincides with the 40th anniversary of our membership in the organization. Forty years during which Spain has been a loyal and engaged ally, and for which membership in the Alliance has been the driving force for modernization of equipment and a doctrinal change for our armed forces, based on interoperability and the joint deployment of assets and capabilities, with Spain being one of the main contributors to the Alliance’s missions and operations.

From this point of view, we want the Madrid summit to be a success. In order to achieve this, it must meet four main objectives: formulate a firm response to the Russian threat, highlight threats coming from the southern flank, show unequivocal support for the accession of Finland and Sweden, and above all, project an image of unity and cohesion among the allies. This should be reflected in the new strategic concept that will be adopted by the Alliance.

Among the questions that the Alliance will have to address, defining a posture of deterrance and defense has gained importance, with a particular focus on the Eastern flank. This was an important question before February 24th given the Russian Federation’s assertiveness since the invasion of Crimea and the conflict in the Donbas in 2014, but we have seen on the ground that the Russian threat has become a reality making it a clear need to strengthen our deployment in order to secure NATO’s borders. During its more than 70 years of existence, the Alliance has worked on a variety of approaches to contain the threat on this flank. This is therefore a part of its DNA, and we have the doctrine and the capabilities to adapt and respond in an appropriate way. Spain has also demonstrated its engagement by contributing to strengthening the Alliance’s deterrence in the East, the security of which we are currently contributing to through two primary missions: ensuring the security of Baltic airspace through the deployment of eight F-18s for the Baltic Air Policing operation, as well as the enhanced forward presence mission in Latvia where we currently have over 500 troops deployed in addition to armored vehicles and combat tanks. This is a clear demonstration of our understanding of European security as an indivisible whole, stretching from the Baltic Sea to the Mediterranean.

To be precise, an unequivocal understanding of European security also requires that we pay attention to threats coming from other fronts, specifically our Southern flank. The undeniable priority of the Eastern flank is and must be compatible with the Alliance’s need to maintain a “360-degree approach” to confront these threats. Today, the Mediterranean and the Sahel are both faced with a multi-dimensional crisis which directly affects our continent’s safety.

This region has become the epicenter of jihadist terrorist activity, which has been fed by a humanitarian crisis and is now compounded by a food crisis due to difficulties in securing grain supplies from Ukraine and the increase in prices for staple food items. This situation, along with the deteriorating political situation and democratic norms in the Sahel and increased Russian presence in the region compels us to strengthen our commitment in favor of the stability and prosperity of the Southern flank.

This Southern dimension is also particularly vulnerable to the use of migration and energy as pressure tactics, similar to what has already been observed on the Eastern flank. NATO must therefore pay particular attention to its ability to respond to hybrid threats, notably by strengthening cybersecurity.

The international impact of the challenge to NATO resulting from Russia’s attack against the most important partner of NATO’s Eastern neighborhood also requires us to consider the future of NATO’s partnerships in this new security context. Cooperative security is one of NATO’s main tasks, along with deterrence, defense, and managing crises. The Alliance must be able to efficiently transfer its support to partners who need it, but also to have partners to contribute to NATO’s security.

In our immediate neighborhood, support for partners — such as Georgia, Moldova, or Bosnia-Herzegovina — as well as the Alliance’s “open door” policy are the tools that will allow us to structure future relations. On the Southern flank, we must revitalize frameworks such as the Mediterranean Dialogue — which is of particular importance to Spain — or the Istanbul Cooperation Initiative.

All this must be reflected in NATO’s Strategic Concept. This document describes the objective and nature of the organization, its primary tasks in terms of security and defense, as well as the challenges and opportunities it faces. It also specifies the elements of the Alliance’s security approach and provides guidelines for it to be adapted politically and militarily. Its creation is the source of one of the most important debates that can take place within the Alliance, to which is added an important component of strategic communication and deterrence, since Strategic Concepts are made public after they are adopted.

Added to these debates on the Strategic Concept is the question of NATO expansion. Russia’s aggression had the opposite effect of what Putin had likely calculated before the invasion of Ukraine; it has led the two countries in its Northern neighborhood, Sweden and Finland, to request immediate NATO membership following decades of neutrality. This will likely be another major focus of the Madrid meeting.

The future membership of Sweden and Finland to NATO, which Spain supports, brings us to a fundamental element of Euro-Atlantic security: the relationship between the European Union and NATO.

While formally “partners,” the relationship between the two organizations is far more extensive and complex than that definition. Consider the network of common interests arising from the fact that 21 of the 30 Allies are also members of the Union.

If some questioned this cooperation in the past, the Ukraine crisis highlighted the symbiosis between the two organizations’ actions. The combination of NATO’s traditional military deterrence and the Union’s economic leverage, along with the financing for delivery of military equipment to Ukraine via the European Peace Facility, are proving pivotal in our response to the crisis.

For decades there existed a de facto division of labor between the EU and NATO which gave political and economic leadership to one and military leadership to the other. But as European defense developed — with the implementation of the European Security and Defense Policy, followed by the Common Security and Defense Policy (CSDP) — and as NATO made progress in strengthening what can be called “political interoperability” the interaction gradually moved to a higher level.

In this sense, it is essential to strengthen the synergies and complementarity of efforts between the two organizations. With the adoption of the Strategic Compass in April 2022, the new scenario that is emerging within the European Union’s security policy paradigm offers an opportunity to strengthen the relationship with NATO.

Spain has always been on the forefront when it comes to development of European defense initiatives as it maintains an absolute conviction that a strong Europe in this matter strengthens NATO and vice versa. We hope that Madrid can be a starting point for a new framework of relations between the EU and NATO. The next joint EU-NATO declaration should therefore take into account the experiences of the last few months and seek to channel the potential that the Russian invasion of Ukraine has revealed.

For Spain, who will assume the presidency of the Council of the EU in the second half of 2023, the Madrid Summit offers an extraordinary occasion to convey to our citizens, our partners — and to other countries — the unity between the Allies and EU member states in defending the values and principles of democracy and international law.

The questions that the Allies will address during this next summit clearly demonstrate that their relevance goes beyond that of an ordinary meeting of heads of state and government and the Alliance. The circumstances are truly exceptional. We are responsible before our citizens and before our partners not only for defending the Euro-Atlantic space, but also for a model of international society founded on rules which must rebuff both state and non-state actors who use violence to achieve their goals. Those of us who will gather in Madrid in June 2022 are obligated to respond together to the challenge posed by those who seek to dominate by force.

At this critical moment in our Alliance’s history, our responsibility to our commitments under the Washington Treaty, in the service of a democratic and secure future, leads us to once again strengthen the unity that makes our organization the most successful military alliance in history.

José Manuel Albares, A New Strategic Concept for NATO, May 2022,

My first series of questions concerns the French election and the European dynamics that could be impacted by it.  My first question is about the re-election of Emmanuel Macron. In your view, what could it mean for the prospect of Franco-German relations? You wrote in your book, World in Danger  we have a common opportunity … Continued

Europe of The Seven Unions

This paper by the President of the Jacques Delors Institute is also available in French, Spanish and German on le Grand Continent. Europe protects us. In a violent world, we have the privilege and good fortune to live in a political space whose foundational values are dialogue, peace, and strength of law, rather than the … Continued