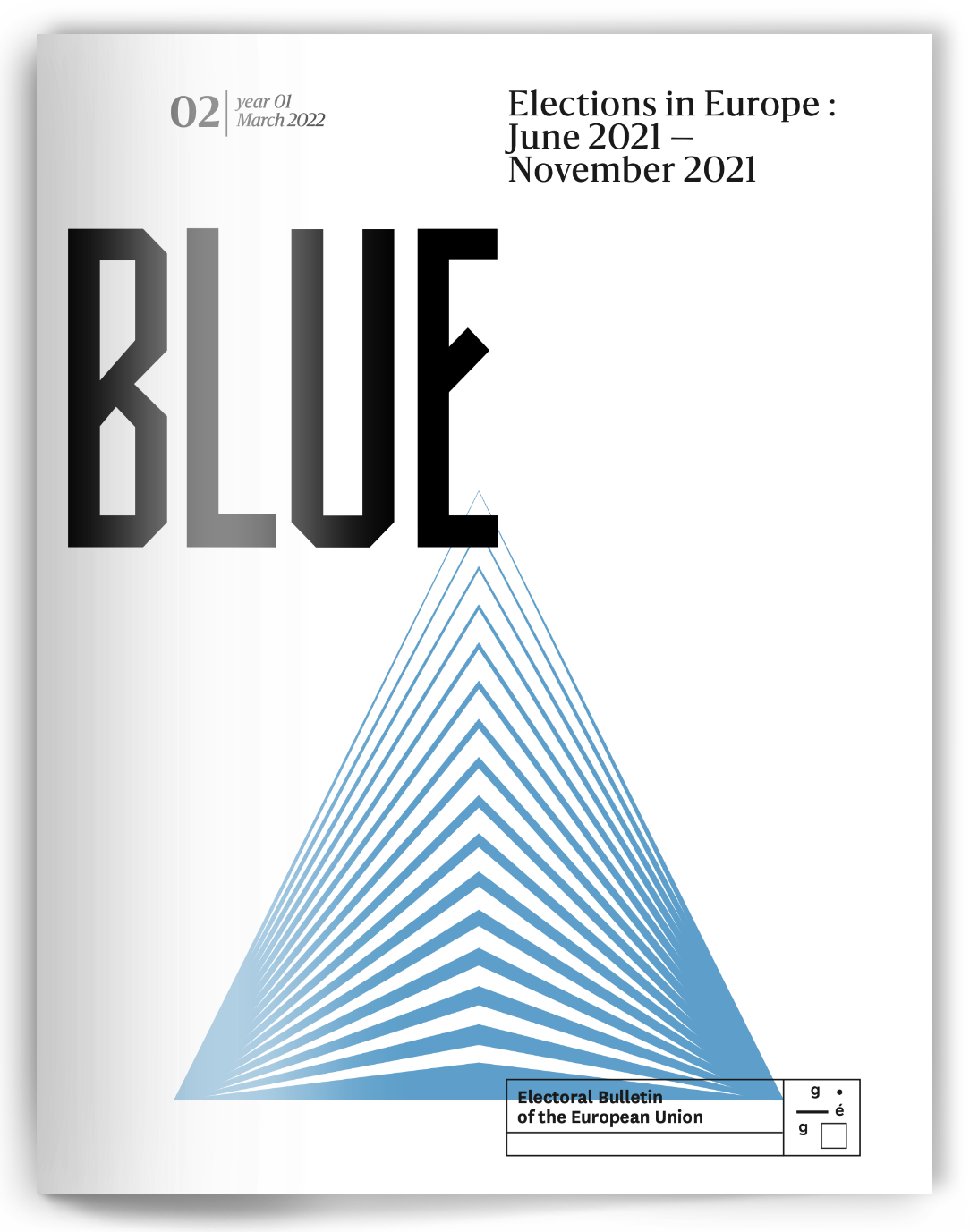 BLUE’s editorial team is following the local elections in the 15 European cities with more than one million inhabitants. On October 3-4 and 17-18, 2021, Milan and Rome, as well as a majority of Italian municipalities, renewed their municipal councils.

In the first round of voting on 3-4 October 2021, the success of the centre-left (~S&D) was greater than expected: the coalition won in the first round not only in Bologna, where Matteo Lepore’s victory (with 61.9%) was expected, but also in Naples (where former minister Gaetano Manfredi won with 62.9%) and even in Milan, a city historically governed by the centre-right, where the incumbent mayor, Giuseppe Sala, was reappointed with 57.7%. In Rome and Turin, where the centre-left candidates did not win the mayor’s office in the first round, they were nevertheless favourites (and prevailed) for the second.
In contrast, the performance of the centre-right (EPP, ECR, ID) was mediocre, with the coalition’s candidates leading only in Rome and Trieste, where they failed to win the election in the first round. Enrico Michetti (30.2%) and Roberto Dipiazza (47%) faced the centre-left (Roberto Gualtieri and Francesco Russo, 27% and 31.7% respectively) in the second round held two weeks later. In Turin, the centre-right candidate Paolo Damilano received less votes (38.9%) than the centre-left candidate Stefano Lo Russo (43.8%), against whom he appeared to be the favourite in the polls.
The 5-Star Movement (M5S, NR) obtained disappointing results everywhere, with the partial exceptions of Bologna and Naples where it had run in coalition with the centre-left even in these two cases, however, the contribution of the M5S lists was not decisive. The most significant fact is their defeat in Rome and Turin — cities where they had succeeded in 2016 in getting Virginia Raggi and Chiara Appendino elected — where they did not even qualify for the second round.
Within the coalitions, the parties that emerged weakest from the first round of voting were the Five Star Movement (M5S, NI) and the League (Lega, ID), while in the centre-right coalition, Brothers of Italy (FdI, ECR) scored well. On the centre-left, the main force, the Democratic Party (PD, S&D), emerged stronger from the election weekend. As all these parties, with the exception of Brothers of Italy, are part of the majority, it was feared that this would have a destabilising effect on the Draghi government, which instead remained strong despite the divisions in the centre-right coalition.

Rome: the outgoing mayor eliminated in the first round

In Rome, where none of the candidates obtained more than 50% of the vote, a second round was organised between the two leading candidates on 17 and 18 October. Five points can be noted about the results of the first round in the capital.
The centre-right candidate, lawyer Enrico Michetti, obtained the most votes (30.1%, or 334,327 preferences).Despite a promising result after a relatively low-key campaign, Michetti was at a disadvantage compared to his second-round opponent in the evening of the first round.
After an afternoon of uncertain polls, it was confirmed that Michetti would face the centre-left candidate, former economy minister Roberto Gualtieri, who obtained 27.03% of the vote (299,870 votes). He was expected to win votes from other left-wing political forces in the second round — including M5S voters, who had formed a separate list.
The outgoing mayor Virginia Raggi (M5S) performed rather disappointingly. She obtained only 19.1% of the vote (211,816 preferences), while some initial polls suggested that she could have won the second round. The result is particularly remarkable when compared to Raggi’s clear victory in the 2016 local elections, where she obtained 35.3% of the vote in the first round and 67.2% in the second.
Virginia Raggi was overtaken by MEP Carlo Calenda, the Action (S&D) candidate, who came third with 19.8% of the vote. Calenda’s decision not to participate in the centre-left primaries but to run as an individual candidate probably took a lot of votes away from Gualtieri, who could however hope to win them back in the second round.
Another surprising fact concerns the turnout, which turned out to be extremely low, at 48.8% — a drop of more than 8 points compared to the previous election, in June 2016, when it reached 57%. Despite the significant differences between the different constituencies, these figures are in line with the general decline in turnout observed in all municipal elections.

Milan: unexpected victory for the outgoing mayor in first round

The electoral race in the city of Milan came to a halt in the first round, where the outgoing mayor Giuseppe Sala, candidate of the centre-left, collected 57.73% of the vote (277,478 votes). A result beyond expectations, which saw his centre-right rival, Luca Bernardo, obtain 31.97% of the votes (corresponding to a total of 153,637 preferences).
Particularly negative was the result of the 5 Star Movement, whose candidate Laila Pavone collected only 2.7% of the consensus (equal to 12,953 votes). This result was even lower than that of Gianluigi Paragone, a former member of the Movement’s parliament, who, with 2.99% of the vote, narrowly missed the 3% threshold that would have guaranteed him election to the city council.
With regard to the vote in the nine districts of Milan, the analysis by Boldrini and Collini (2021) for the CISE (Italian Centre for Electoral Studies) reveals “a substantial territorial homogeneity of centre-left and centre-right candidates,” with a slightly greater imbalance in the case of the M5S. The winning candidate Sala garnered a slightly higher percentage of support in the central districts (with over 60% in districts 1 and 3) but in the constituency where he fared worst he still got 54.9%. In 2016 he had only won in 4 town halls.
The victory of the centre-left in the first round in Milan, considered a historic bastion of the right, is an unprecedented event. Especially considering that in 2016 Sala went to the ballot with 41.7% of the votes, facing the centre-right candidate Stefano Parisi who had obtained 40.7%.
Yet another record was set in terms of abstentionism: with a turnout of 47.69%, this is the lowest participation rate recorded in the capital. Even the highest abstention rate was recorded in the city centre, where only 44.57% of those eligible went to the polls (Boldrini & Collini 2021).

In the second round, the strength of the centre-left is confirmed

The second round of local elections took place on 17 and 18 October 2021 in the municipalities concerned. In the aggregate of the two rounds, the centre-left won in 58 of the 119 municipalities with more than 15,000 inhabitants.
The centre-left, which had performed well beyond expectations in the first round, confirmed its performance in the second round. In the big cities, the centre-left candidates obtained similar percentages to those of Milan (Giuseppe Sala, 57.7%), Bologna (Matto Lepore, 61.9%) and Naples (Gaetano Manfredi, 62.9%) two weeks earlier: 59.2% for Stefano Lo Russo in Turin and 60.2% in Rome for Roberto Gualtieri.
The centre-right, on the other hand, came out of this election clearly weakened, except in the city of Trieste where the incumbent mayor Roberto Dipiazza, with 52.3%, only narrowly beat the centre-left candidate Francesco Russo (48.7%). Surveys in the weeks leading up to the election, as well as the assault on the CGIL union headquarters in Rome on Saturday 9 October, which highlighted the links of the League and the Brothers of Italy with neo-fascist groups, may have contributed to the coalition’s underperformance.
The party most strengthened by these results was the Democratic Party (S&D), which fielded candidates in all the cities where the centre-left won. Interestingly, the only centre-right candidates who won were from Silvio Berlusconi’s party, Forza Italia (EPP), the most moderate in the coalition. On the contrary, in Rome and Milan, the candidates proposed by Giorgia Meloni (FdI) and Matteo Salvini (Lega), although leading more popular parties and stronger in the polls, performed badly. The M5S, already in difficulty in the first round where it did not run in coalition with the centre-left, did not carry weight in this election.

Another notable feature of these municipal elections is the turnout, which declined everywhere, to the point that many analysts spoke of a “victory of abstentionism.” In the first round, the highest turnout (51.16%) was recorded in Bologna, although well below the 59.7% achieved in 2016, the lowest in Trieste (46% compared to 53.5%). The aggregate national figure was 54.7%, much lower than the 61.6% achieved in 2016.
The turnout, already particularly low in the first round (54.7%), was below 50% in the second round, causing concern to many observers. Benevento was the provincial capital with the highest turnout (59.6%), while the greatest abstention rate was recorded in Rome, where only 40.7% of registered voters cast their ballots.
A final striking feature of the election was the overwhelming gender inequality: not only were no women elected as mayors or regional presidents, but no female candidate reached the second round in the major cities. This was not even the case in Rome and Turin, where the last administration was headed by mayors Virginia Raggi and Chiara Appendino (M5S). It seems that at this level, regardless of political affiliation, there is still an incredibly long way to go.