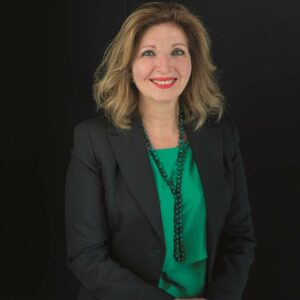 Maryem van den Heuvel is the Director General for External Relations (RELEX) at the European Council. Previously, she was Chief Foreign Policy Advisor to Charles Michel, President of the European Council, acting as deputy to the Head of Cabinet. She is also former Ambassador of the Kingdom of the Netherlands to Belgium (2015-2019).

Maryem van den Heuvel has more than three decades of experience in the field of European and foreign affairs. Her career began with a posting at the Dutch Embassy in Paris from 1991 to 1993. She then worked as policy officer in the North Africa and Middle East department of the Ministry of Foreign Affairs until 1997 where she dealt with the Middle East peace process. She then joined the European Commission and was principal administrator in the General Secretariat of the Council covering transatlantic relations, UN affairs, counter terrorism and human rights until 2002. She headed the CFSP and Relex section of the Permanent Representation of the Netherlands to the EU in Brussels during the Dutch presidency of the EU in 2004, followed by the Consular Affairs Department from 2005 to 2006 and the Department of Human Rights, Humanitarian Assistance, Good Governance and Gender from 2006 to 2010. From 2010 and 2015, she was Managing Director of the Western Hemisphere Department at the Ministry of Foreign Affairs in The Hague.

Maryem van den Heuvel holds degrees in Middle Eastern studies, Arabic and philosophy from the University of Nijmegen in the Netherlands.