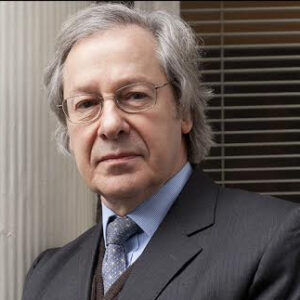 Steven Erlanger is the chief diplomatic correspondent in Europe for The New York Times.

In over 40 years of career as a journalist, he has covered news in over 120 countries, from the war in Kosovo to Brexit. In 2002, Mr. Erlanger shared the Pulitzer Prize for reporting for his work on Al Qaeda and again received the prize in 2017 for a series on Russia. In 2013, he was made a chevalier of the French Légion d’honneur for his journalistic work.

Between 1975 and 1983, he was a Teaching Fellow at Harvard University. Beginning in 1976 he also worked as an editor and correspondent at the Boston Globe. From 1983 through 1987, he was the Globe’s European correspondent in London. Beginning in 1988, he served as bureau chief for the New York Times in London, Paris, Jerusalem, Berlin, Prague, Moscow, and Bangkok before assuming his current role as chief diplomatic correspondent in Europe in 2017.

In addition to the Pulitzer Prize, Steven Erlanger has received numerous awards and recognitions including the Robert Livingston Award for international reporting for a series of articles about Eastern Europe in 1981, the German Marshall Fund’s Peter Weitz Prize for excellence and originality in reporting and analyzing European and transatlantic affairs in 2000, and the Karl Klasen Journalists Prize for coverage of Germany and Europe and promoting trans-Atlantic understanding in 2017.

Steven Erlanger’s writing has been featured in many publications such as The Economist, The Spectator, The New Statesman, The New Republic, The Financial Times, Foreign Policy, The National Interest, the Columbia Journalism Review.