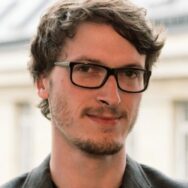 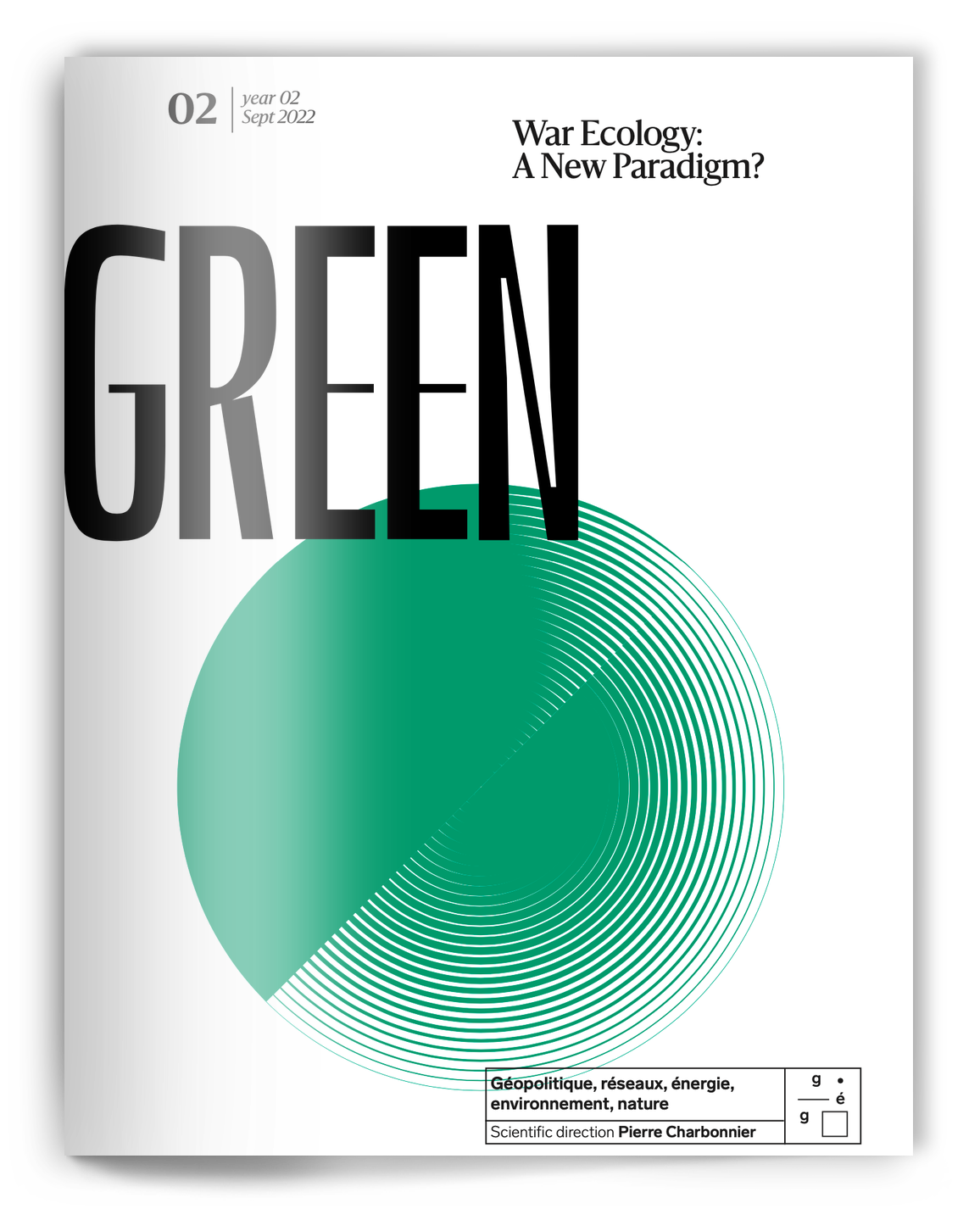 The invasion of Ukraine by the Russian army in February 2022 has, in the opinion of many, ushered in a new era in European and world history. As is often the case, the war does not end at the front lines, nor with the suffering or death it causes. Viewed from a distance, the war gives off an economic, geopolitical, ideological, and now an ecological aura that this volume of GREEN, one of the scientific reviews published by the Groupe d’études géopolitiques, attempts to capture.

In retrospect, the hope for a universal liberal order based on the free circulation of capital and the guarantee of formal freedoms for individuals seems like a pleasant illusion. First inspired by the allied victory in 1945 and then the collapse of the Soviet Union after 1989, this illusion collapses under the weight of imperialism and contemporary crises. The dream of political stability which motivated liberal democracies is now threatened by an empire which is determined to trade the dividends of peace for the opportunity of territorial expansion — and, it must be said, by its internal shortcomings. Added to this long overdue realization is the climate clock, which is constantly ticking faster, and which also demands that we examine the growth model and geopolitical balances currently in place.

Viewed from this angle, the year 2022 marks a historic milestone whose importance seems difficult to overestimate. If we overlay the vast networks of energy dependence deployed by Putin’s Russia, the European Union’s desire to reclaim a certain degree of strategic independence in its green transformation, the inflation caused by the war and the choking of economic channels, the accelerating damage caused by climate change, along with the stranglehold of debt and underinvestment that is holding back the global South, the historic picture that is painted is as complex as it is tragic. It is complex because the measures needed to address each of these problems separately are not always compatible; it is tragic because what is at play in this moment is the build-up of absolutely decisive disruptive tensions, with global stability and prosperity — and perhaps even the Earth’s habitability — at stake.

In other words, the climate crisis is disrupting the very framework of geopolitical rivalries by raising the threat of a war in which all sides would lose, or an impossible peace in a perpetually unstable world. This volume of GREEN seeks to describe and analyze what historian Adam Tooze calls the “polycrisis” marking the beginning of the 21st century. During the “interregnum” previously described in the pages of le Grand Continent, history was fumbling its way forward: the amassing of power, of capital, of resources, of social movements that characterize the present moment are undergoing undeniable destabilization, though no clear order is discernible. The social sciences are being called upon to explain these uncertainties, and to sometimes speculate on possible futures. This is what we did this past spring during the first weeks of the war in Ukraine by putting forth the idea of “war ecology”.

The centrality of the energy stakes both in this war — through the mutually imposed sanctions by Russia and the Western bloc — and in climate policies make the principles of international security and ecological sustainability inseparable. “War ecology” therefore refers to a context in which the reinvention of an economy bound by planetary limits and international power relations merge together. On the one hand, political ecology is redefined by geopolitics to the extent that the shift towards sustainability be based on the need to fight a strategic rival — in this case Russia, an aggressive petro-state — which is reshaping the landscape of assets and obstacles in the transition.

The first series of writings seek to describe the current landscape of power relations as they have been changed — directly or indirectly – by the war in Ukraine. The marginalization of Russia by Western sanctions has caused a partial realignment of state actors, according to the moment’s opportunities, as well as an acceleration of the European Union’s search for a geopolitical identity, defined by the intersecting of security and sustainability. This is explored in the texts by Helen Thompson, author of a recent landmark study on the geopolitics of energy, Laurence Tubiana, Mona Ali, Tim Sahay, and Stefan Aykut and Amy Dahan.

A second section focuses on the political economy of the transition and the quest for sufficiency. The increase and instability of energy prices since the beginning of the war has shaken up the dominant economic model and confirms certain environmental arguments about its fundamental instability. But the implementation of an alternative institutional architecture is still hotly debated, especially given the historical echoes of both the war economy and the planned economy. The contributions of Éric Monnet, Massimo Amato, Cédric Durand and Razmig Keucheyan examine this issue.

Finally, political thought is also addressed as state sovereignty — the national ideal of autonomy — and the dynamics of geo-economic alliances are being redefined by the principles of security and sustainability. In the same way that the First World War gave birth to a new world, where the explosion of liberal capitalism and imperial colonialism gave birth to the communist, then fascist and totalitarian, experiments, the war in Ukraine can be understood as a revolutionary war in the way that Élie Halévy defined this term in his Era of Tyrannies: a war that signals a state of decay of an order, that frees it from its demons and its potential to be surpassed. This section includes our contribution on war ecology, along with contributions by Angélique Palle, Adrien Estève and Adrien Opillard, Étienne Balibar and Bruno Latour.

The Birth of War Ecology

The shock of the first few days has, as always, given way to the ordinary horror of bombardments and refugees of war. The furious pace of the first attacks will be followed by the slower and less spectacular pace of negotiations and compromises. As many predict, peace will be bitter for Ukraine, given that the … Continued

The Ukrainian War of Independence and and the World’s borders

This text attempts to tie together categories of the imaginary, the real, and the symbolic. This is not easy to do in so little time. The truth is that this is not easy in and of itself, as this would require imagining several points of view that will never be aligned. Let us begin with … Continued

Peace-building in the age of wartime ecology

The invasion of Ukraine by Russia brings together a range of security issues: energy, military, finance, food, climate, etc. These fields, which are usually addressed separately, can no longer be treated as such, given the depth with which this crisis aggravates all these factors beyond the conflict itself. Soaring energy and commodity prices, inflation that … Continued