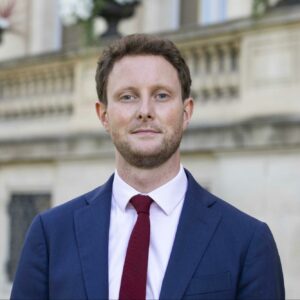 Clément Beaune is Secretary of State to the Minister of Europe and Foreign Affairs, in charge of European Affairs.

Mr. Beaune is a graduate of the Paris Institute of Political Studies, the College of Europe in Bruges and the École nationale d’administration.

He began his career as assistant to the head of the budget office in the Budget Directorate in 2009. He then became deputy head of the research and higher education office in 2011. In 2013-2014, he served as technical advisor on budget matters to the Prime Minister’s office and then as advisor in charge of European, international and budgetary affairs in the office of the Minister of the Economy, Industry and Digital Affairs from 2014 until 2016. He was then deputy CEO of ADP Management.

In Conversation With Clément Beaune

In this long interview, the French Minister of State for European Affairs shared his idea of Europe with le Grand Continent.