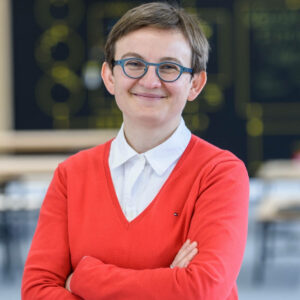 Daniela Gabor is Professor of Economics and Macro-Finance at the University of the West of England, Bristol.

Ms. Gabor previously worked as a consultant for the United Nations Economic Commission for Latin America from 2005 – 2006, as Risk Analyst for Dunn & Bradstreet from 2005 – 2007, as the Assistant to the Director at the Edinburgh/Glasgow Finance and INvestment Seminars from 2006 – 2008, as Senior Lecturer at Bristol Business school from 2009 – 2013. In 2016, she served as an expert witness at the European Parliament’s public hearing on the Capital Markets Union.

Professor Gabor holds a PhD in banking and finance from the University of Stirling, a master’s in Development Studies from Erasmus University Rotterdam, and a BA in International Economics from Bucharest University of Economic Studies.

Is the Macron doctrine in favor of a Euro-African axis really serious? According to two economists, the Paris consensus will extend the Wall Street consensus on the use of public-private partnerships in development assistance. This large-scale risk-neutralization strategy actually poses significant dangers to African states' budgets.

How to rethink EU-Africa relations ?

How to rethink EU-Africa Relations ?