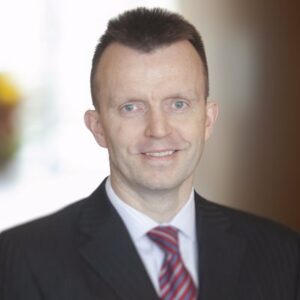 Jacob Kirkegaard is Senior Fellow with the Peterson Institute for International Economics and the German Marshall Fund of the United States. Previously, he worked with the Danish Ministry of Defense, the United Nations in Iraq, as well as in the private financial sector.

He holds a BA in Political Science from the University of Aarhus in Denmark, a master’s from Columbia University in New York, and a PhD in Political Economy from Johns Hopkins University, School of Advanced International Studies. He also holds the rank of first lieutenant from the Royal Danish Army Specialist Training School.

He is co editor of Transatlantic Economic Challenges in an Era of Growing Multipolarity (2012), author of The Accelerating Decline in America’s High-Skilled Workforce: Implications for Immigration Policy (2007), coauthor of US Pension Reform: Lessons from Other Countries (2009) and Transforming the European Economy (2004), and assisted with Accelerating the Globalization of America: The Role for Information Technology (2006).

What could an attractive EU policy for STEM workers entail? A discussion about an innovative policy proposal: a European tech visa.