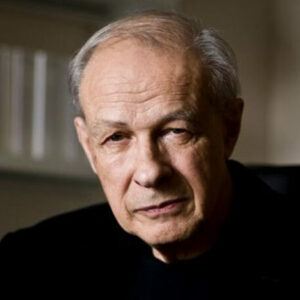 Michel Aglietta is a French economist, a current scientific advisor at CEPII,  member of the Institut Universitaire de France, and a professor emeritus of Economics at Université Paris-Nanterre and of Macroeconomics at HEC Paris. He was a member of the Cercle des économistes and then of the Council of Economic Analysis to the French Prime Minister between 1997 and 2003.

He is a specialist in international monetary economics and has particularly focused his on financial markets, the relationship between economic growth and the structure of financial systems, and on new stock market strategies and their macroeconomic consequences.

He is a graduate of the Ecole Polytechnique, the ENSAE Paris, and the University of Paris I Panthéon Sorbonne where he obtained his doctorate in 1974.

With its Hellenistic origins, western political philosophy claims to hold universal values that must be disseminated to the rest of the world in order to achieve an ideal state. This is why the American political scientist Francis Fukuyama believed that the end of History was approaching after the fall of the USSR.  This philosophical tradition … Continued