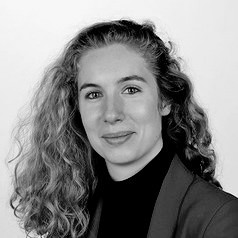 Angélique Palle holds a doctorate in geography from the University of Paris I Panthéon-Sorbonne, where she worked over the course of her thesis on the issue of energy supply and transition in the European Union, as well as on the dynamics of regional integration. Since October 2017, she has been a researcher at the IRSEM in the domain of Weapons and Defense Economics. She is working on energy supply and transition, and on the impacts of global environmental change on armed forces. She is a civilian trainee of the 137th promotion of the French Army War College and contributes to two of IRSEM’s research axis, “Covid and Armed Forces” and “Adaptation and Climate Security”.

Armed Forces and Climate Change in a Time of High-Intensity: Reflections on Engagement in “Environmental” Operations

Introduction Russia’s invasion of Ukraine has turned a page on confrontation in the 21st century by putting high-intensity conflict between two modern armies back on the table. This prospect of high-intensity conflict is the target of the latest French military programming lawsand the operational preparation of armed forces. Beyond combat aspects and their effects on … Continued