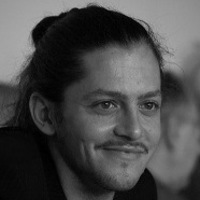 Sociologist, Stefan made studies of political science at the Otto-Suhr-Institut of the Freie Universität Berlin, and at Sabanci University in Istanbul, and a research Master in Social Sciences (Sciences, Technology, Societys mention) at EHESS in Paris. He obtained a research allowance for his thesis that he wrote under the supervision of Amy Dahan in the Centre Alexandre Koyré at EHESS. His thesis, defended in May 2012 with highest honour, was on ‘How to govern a ‘new global risk’? The construction of climate change as a public issue on a global and European scale, in France and Germany. Stefan participated in various research projects, including one on the international arenas of climate change (funded by the Centre Alexandre Koyré), in which he participated in the international Poznan 2008 and Copenhagen 2009 climate conferences and contributed to the publication of two research papers, one on the construction of climate change as public issue in France: what place is there for controversies? (funded by the ISCC after competition) which led to the organization of an international conference in September 2010. Stefan has also been recruited by the project Gouverner et administrer les techno-sciences à l’échelle globale (GATSEG, EHESS/CNRS) to work on the forward-looking energy. He has worked as an expert for organizations such as the OECD and the city of science and industry, and he is an associate researcher at the Franco-German Institute of Ludwigsburg (dfi) since October 2009. Currently, he is involved in two projects, the first one on the Evolution of the international geopolitical situation in the fight against climate change, funded by the Centre for strategic analysis (CAS), for which he took the UN negotiations on environment and development in Rio de Janeiro in June 2012, and the second one on climate controversies, funded by the GIS Climate Environment Societys.