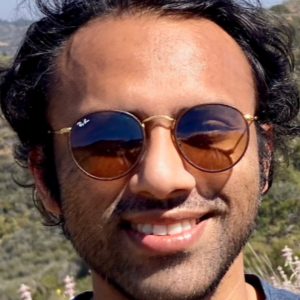 Tim Sahay is a nonresident senior fellow at the Atlantic Council’s Europe Center and the senior policy manager at the Green New Deal Network, a coalition of labor, climate, and environmental justice organizations growing a movement to pass national and international green policies. He has worked over the past decade across physics, cleantech, climate adaptation, and consulting. While doing a PhD in physics at the Massachusetts Institute of Technology, he organized the campus fossil divestment movement. As the Blue-Green Cities fellow at the Charles River Watershed Association, he organized housing advocates to lobby for climate resiliency in Boston. He has also worked as a consultant on projects ranging from pollution in India to energy transition in China. He has likewise advised congressional offices designing investment, trade, procurement, and industrial policies that simultaneously create good jobs, cut climate pollution, and curb racial and economic inequality. His research interests are industrial policy and energy politics. Originally from Mumbai, he is based in New York City.