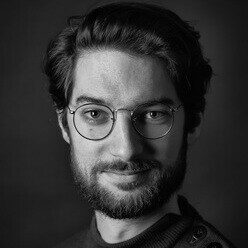 Florian Opillard is a geographer, researcher at IRSEM in the "Defense and Society" team and associate researcher at the Center for Research and Documentation on the Americas (IHEAL-CREDA). He holds an Agrégation in geography and a PhD from the Ecole des Hautes Etudes en Sciences Sociales (2018), and was a visiting doctoral student at the University of Berkeley (USA). His doctoral research questioned the spatial dimension of urban conflicts and the political economy of contemporary urban production, as well as the processes of politicization of everyday life. As part of his doctoral research, he conducted a comparative investigation of several months in the United States (San Francisco) and Chile (Valparaiso) with organizations involved in the struggles against gentrification processes. His current research analyzes the production of discourse on the adaptation of armies to climate change, the transformation of value systems and the forms of engagement of the military. He is currently the scientific coordinator of the ANR project "ARMY" (CEVIPOF/IRSEM) which analyzes military mobilizations in the health crisis of the COVID-19 in Europe and the United States: https://anrarmy.hypotheses.org.

Armed Forces and Climate Change in a Time of High-Intensity: Reflections on Engagement in “Environmental” Operations

Introduction Russia’s invasion of Ukraine has turned a page on confrontation in the 21st century by putting high-intensity conflict between two modern armies back on the table. This prospect of high-intensity conflict is the target of the latest French military programming lawsand the operational preparation of armed forces. Beyond combat aspects and their effects on … Continued