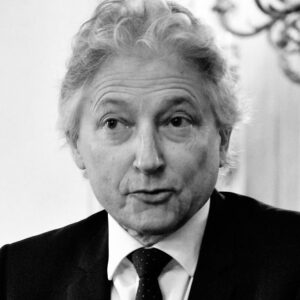 Dominique Rousseau is a French jurist and professor of constitutional law, former member of the French Conseil supérieur de la magistrature from 2002 to 2006. He was appointed co-director of the Sorbonne Law School in October 2013 and director of the UMR 8103 of Comparative Law at the University of Paris 1 Panthéon-Sorbonne in September 2014. He is a professor there until 2019. He is also a member of the Constitutional Court of the Principality of Andorra since April 2016.

His publications focus mainly on constitutional litigation and the notion of democracy.