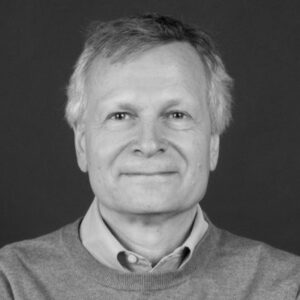 Dani Rodrik is the Ford Foundation Professor of International Political Economy at Harvard’s John F. Kennedy School of Government. He rejoined the Kennedy School in July 2015 after two years at the Institute for Advanced Study as the Albert O. Hirschman Professor in the School of Social Science. He is a co-director of the Economics for Inclusive Prosperity (EfIP) network and President-Elect of the International Economic Association. He is affiliated with the National Bureau of Economic Research and the Centre for Economic Policy Research (London) among other research organizations.

Professor Rodrik’s research focuses on globalization, economic growth and development, and political economy. He is the recipient of numerous awards, including the inaugural Albert O. Hirschman Prize of the Social Science Research Council and the Princess of Asturias Award for Social Sciences. He was included in Prospect magazine’s World’s Top 50 Thinkers list (2019) and in Politico magazine’s 50 list (2017). His work has been profiled in The Harvard Magazine, Finance & Development, Harvard Kennedy School Magazine, The Chronicle of Higher Education, and the New York Times.

His previous books include One Economics, Many Recipes: Globalization, Institutions, and Economic Growth (2007), The New Global Economy and Developing Countries: Making Openness Work (1999), and Has Globalization Gone Too Far? (1997). Professor Rodrik’s monthly columns on global affairs are published by Project Syndicate.

Professor Rodrik holds a Ph.D. in economics and an MPA from Princeton University, and an A.B. from Harvard College.

The Right Scope of Global Governance and Democracy Enhancement

Greater interdependence is often taken to require more global governance, but the logic requires scrutiny. Cross-border spillovers do not always call for international rules. The canonical cases for global governance are based on two sets of circumstances: global commons and “beggar-thy-neighbor” (BTN) policies. The world economy is not a global commons (outside of climate change), … Continued