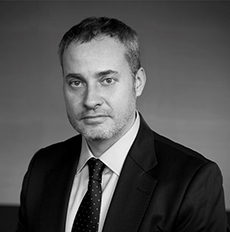 Professor Jorge E. Viñuales holds the Harold Samuel Chair of Law and Environmental Policy at the University of Cambridge and is the founder and former Director of the Cambridge Centre for Environment, Energy and Natural Resource Governance (C-EENRG). He is also a Member (Associé) of the Institut de Droit International, the Chairman of the Compliance Committee of the UN-ECE/WHO-Europe Protocol on Water and Health, the co-General Editor of the ICSID Reports (CUP), the General-Editor of the Cambridge Studies on Environment, Energy and Natural Resources Governance (CUP), a member of the Panel of Arbitrators of the Shanghai International Arbitration Centre and the Director-General of the Latin American Society of International Law.

His ongoing work includes two book-length studies respectively on The International Law of Energy (on contract with Cambridge University Press, forthcoming in 2020) and on The Architecture of Environmental Law: A Comparative Analysis (on contract with Oxford University Press, forthcoming in 2020), a monographic course on Aggravated State Responsibility for the Hague Academy of International Law, and a series of interdisciplinary papers on complexity economics, integrated modelling and sustainability policy in co-authorship with colleagues from C-EENRG and elsewhere. The latter work has been published over time in journals such as Nature Climate Change, Global Environmental Change, Renewable & Sustainable Energy Reviews, Energy Policy or Climate Policy.

Jorge has wide experience as a practitioner, both in an advisory and a litigation context. He was associate, counsel, and of counsel with two major law firms specialised in international law for a decade. In addition to his work for the UNECE/WHO, he has served as arbitrator, counsel, co-counsel, expert and, earlier in his career, as secretary of arbitration tribunals in inter-State, investment and commercial disputes. He regularly advises governments, companies, international organisations or major NGOs on different matters of environmental law and policy, investment law, human rights, maritime delimitation and public international law at large.

His native language is Spanish and he is fluent in English, French and Italian.

Geopolitics of the Energy Transformation

1. The internationalisation of energy transactions The history of energy can be written from myriad perspectives, depending on the object emphasised in each account. A household, a river, an activity, an event, a specific resource, a given technology, a country, a region, a global process or combinations thereof are some of the objects around which … Continued