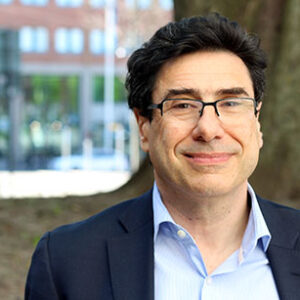 Professor at the Collège de France and London School of Economics

Professor at the Collège de France and London School of Economics

Philippe Aghion is a Professor at the College de France and at the London School of Economics, and a fellow of the Econometric Society and of the American Academy of Arts and Sciences. His research focuses on the economics of growth. He pioneered the so-called Schumpeterian Growth paradigm with Peter Howitt which was subsequently used to analyze the design of growth policies and the role of the state in the growth process. His books include Endogenous Growth Theory (MIT Press, 1998) with Peter Howitt and The Economics of Growth (MIT Press, 2009), as well as Competition and Growth (MIT Press, 2006) with Rachel Griffith. In 2001, Mr. Aghion received the Yrjo Jahnsson Award of the best European economist under age 45. In 2009 he received the John Von Neumann Award and in March 2020 he shared the BBVA “Frontier of Knowledge Award” with Peter Howitt for “developing an economic growth theory based on the innovation that emerges from the process of creative destruction.”

The last two years have been marked by an extremely dense literature inviting us to reinvent or rethink capitalism and, more broadly, our social models. What do you think the current crisis says about our economy and our social model? Covid-19 has pointed to a number of existing dysfunctions that affect capitalism as it is … Continued

LEADING AMIDST CHAOS – The Power of Creative Destruction: The Future of Capitalism? with Philippe Aghion

In this final session, participants will be invited to freely discuss what they have learned from the previous sessions, to talk about their experiences of the crises they...