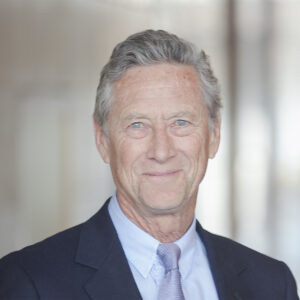 Fred Bergsten Senior Fellow at the Peterson Institute for International Economics. He formerly served as Chief Economist at the International Monetary Fund from 2008 until 2015.

He is a well-known macroeconomist whose research focuses on macroeconomic problems such as speculative bubbles, unemployment in Western Europe, and the transition of Eastern European countries to a market economy. He is the author of numerous books and articles and is a fellow and Council member of the Econometric Society, a past vice president of the American Economic Association, and a member of the American Academy of Sciences.

Mr. Blanchard holds a PhD in Economics from MIT. He was Assistant Professor at Harvard University from 1977 until 1983, and then Professor at MIT until 1993. Between 1998 and 2003 Blanchard served as the chairman of the economics department at MIT.

He previously served as editor of the Quarterly Journal of Economics and the NBER Macroeconomics Annual and was a founding editor of American Economic Journal: Macroeconomics.

The large-scale stimulus plan adopted by Congress at the initiative of the Biden administration and the increase in growth forecasts that quickly followed have given rise to a debate in France and in Europe: should we do the same? If not, are we in danger of stalling?

What measures to answer the post-pandemic economic challenges?

On September 23rd, the GEG Weekly Seminar will discuss economic measures to answer the post-pandemic economic challenges. The discussion will be based on a paper written by Olivier...